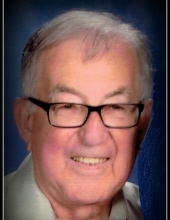 CHESHIRE – William S. Gayda, 83, passed away on Sunday, October 11, 2020 at MidState Medical Center. He was the husband of Sandra (Krampitz) Gayda.

Mr. Gayda was born February 15, 1937, in Bridgeport, son of the late George and Mary (Kovach) Gayda. He was educated in Bridgeport and graduated from the Warren Harding High School. He attended Connecticut School of Electronics where he received training in printed circuit design. Mr. Gayda worked for Picker Inc. and General DataComm before his retirement. He joined the Connecticut Air National Guard and was called to active duty in the United States Air Force during the Berlin Crisis of 1961. In his spare time, Mr. Gayda enjoyed riding his motorcycle, cruising in his Sunbeam Alpine, playing the drums, cross-country skiing, kayaking, and playing pool. His favorite moments, however, were reserved for time spent with family and friends.

He leaves behind his wife Sandra; his daughters and their husbands: Debra and Charles Caron, Jr. of Cheshire; Suzanne and David Trykowski of Southington; Patricia and Daniel Maloney of Coeur D’ Alene, Idaho; and Cynthia and Gregory Stiegler of Warrington, Pennsylvania. He also leaves his grandchildren: Charles and William Caron; Katherine Trykowski; and Elizabeth, Thomas, and Margaret Maloney. In addition, he leaves behind his sister Frances Saunders and his brother and sister-in-law Andrew and Lynn Gayda and many nieces and nephews.

He was predeceased by his siblings Anna, George, and Joseph Gayda and Mary Kmetz.

Mr. Gayda’s family would like to thank the staff of Midstate Medical Center emergency room for their kindness and compassion.

Arrangements – Services for Mr. Gayda will be private and burial will be at the convenience of the family. There are no calling hours and The Alderson-Ford Funeral Home of Cheshire is assisting with arrangements. In lieu of flowers, memorial contributions may be made to Fidelco Guide Dog Foundation, Inc.,103 Vision Way, Bloomfield, CT 06002.
To order memorial trees or send flowers to the family in memory of William S. Gayda, please visit our flower store.