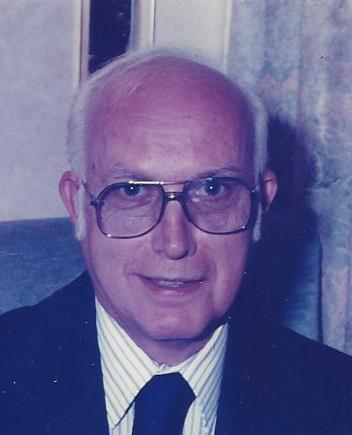 NAUGATUCK - William S. Allison, Sr., 81, passed away Monday, February 11, 2019 at the Glendale Center. He was the husband of Serafina (Malgari) Allison.

Mr. Allison was born August 5, 1937 in Rockville, CT the son of the late Frederick and Bertha (Bourman) Allison. He was a longtime Naugatuck resident where he resided after leaving Rockville High School and was a communicant of St. Hedwig's Church. He worked his entire life as a Tool Maker with over 25 years of service at Oxford General Industries.

Bill loved bowling in the Friday Night League, taking motorcycle rides to Laconia and working on classic cars, especially his 36 Ford. He also enjoyed traveling abroad with the family, trips to the casino and hunting with family members. He was a member of the Naugatuck Elks Lodge 967 and took pride in taking trips with the veterans and playing setback with the Killer B's.

Besides his wife of 58 years, Mr. Allison is survived by his son William Allison Jr. and his wife Joanne; his daughters Laurie Roy and her husband Michael, Jacqueline Kane and her husband Donald, and Nikki Allison of Naugatuck; his grandchildren Michael and Lindsay Allison, Chelsea and Kendrick Roy, Patrick and Andrew Kane, and Tyler Jones; his brothers John Allison and Louis Wagner and his sister Elizabeth Wagner. He was predeceased by his brother Fred Allison and his sister Carolyn Hardy.

Arrangements – Visitation will be held on Saturday February 16th, 2019 from 9:30 to 10:30 am at the Alderson-Ford Funeral Home of Naugatuck, 201 Meadow St. The funeral procession will leave the funeral home at 10:30 and proceed to St. Hedwig Church, 32 Golden Hill St. for a Mass of Christian Burial at 11 am. Burial will follow in St. James Cemetery. Memorial contributions may be made to the Alzheimer’s Association, 200 Executive Boulevard, Southington, CT 06489-1058.
To order memorial trees or send flowers to the family in memory of William S. Allison, please visit our flower store.