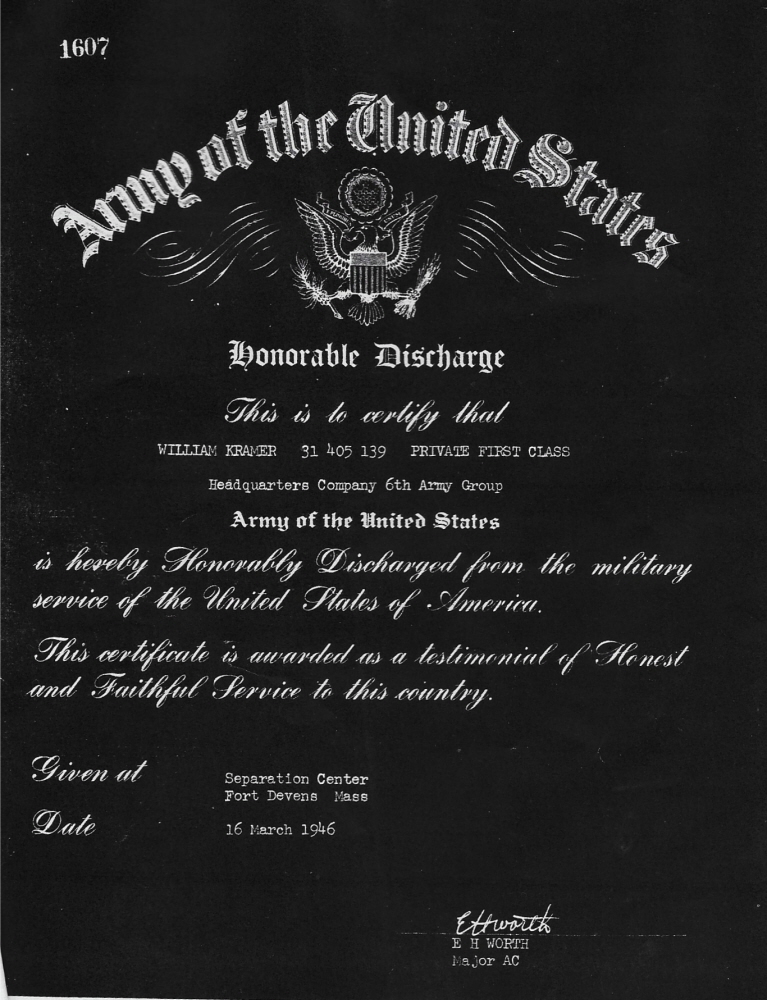 Waterbury - William Kramer, 97, passed away peacefully on June 19, 2021. Bill, or “Willy” as he was called by his loving family, was the beloved husband of the late Lois (Dimenstein) Kramer.

Bill was born in Waterbury on April 17, 1924, the son of Meyer and Tillie Kramer. Bill graduated from Wilby High School and joined the army, where he served in France during World War II. When he was released from the service, he fulfilled his education by getting a Bachelor’s degree at Central Connecticut State University, and then a Master’s degree at the University of Hartford. Bill spent his entire career doing what he loved most, teaching.

He began his teaching career at Seymour High School and then Wilby High School, where he was head of the business department. He also taught at Beth-El Religious School and was the treasurer of Waterbury Teacher’s Credit Union.

Bill was recently honored by the Wilby faculty and students for being the oldest living faculty member. He was also named “Minyanier of the Year” by the Beth-El Synagogue Board of Directors.

Bill was a caring and wonderful husband, father, brother, and grandfather. He leaves behind his daughter and son-in-law Michelle and Pedro Montes, his son Bruce, daughter-in-law Cindy and granddaughter Danielle, and son Evan, daughter-in-law Peri, and grandchildren Allison and Tyler. Also left to honor his memory are sisters Rose Madnick and Harriet Meisel, and many loving nieces and nephews. Bill was predeceased by his brother Joseph, his sisters Marilyn Savitt and Sallye Katrosar.

The funeral service will be held at Hebrew Benefit Association Cemetery, Stillson Road, Waterbury, at 11:00am on Tuesday, June 22, 2021.

The family will gather at the home of Harriet Meisel at 572 Heritage Village, Southbury, CT after the cemetery. Shivah services will be held Tuesday evening at 7:00pm

Those who so desire may make memorial contributions to the D.R.E.A.M. foundation, at www.dreamforacure.com or a charity of one’s choice.
To order memorial trees or send flowers to the family in memory of William Kramer, please visit our flower store.