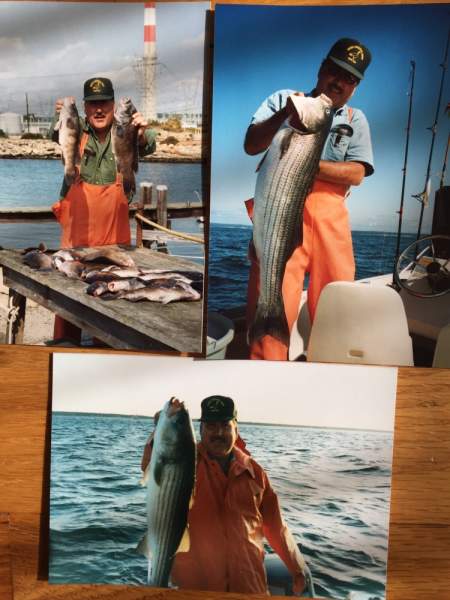 CHESHIRE – William A. “Bill” Brown, 77, passed peacefully, with his loving family by his side, Wednesday, February 26, 2020, at Masonic Health Hospice in Wallingford.

Bill was born May 24, 1942, in New Haven, the son of the late Edward and Ann (Chavinski) Brown. He was a Hamden High school graduate, Class of 1960 and furthered his education graduating from the University of New Haven. He was Cheshire resident for the last 13 years having raised his children in Wallingford. He was a lifelong member and past president (a.k.a. Santa Claus) of the Wallingford Rod and Gun Club and was an Analyst for NE Utilities for 32 years until his retirement in 2003.

Bill is survived by his children Susan Brown (Jim Scott) of Cheshire, David Brown of New Haven and Kim Brown (Don) Reutenauer of Wallingford. He also leaves behind his beloved grandchildren Elise Brown Potenza, Nicolas Brown Potenza and Rilee Reutenauer. In addition, he leaves behind the mother of his children, Joan Brown of Berlin, as well as his devoted significant other Sandie Spada of Cheshire. Lastly, Bill leaves behind his lifelong best friends Leo Perry, Bob Tessitore and Ray Ericson.

Bill, an avid outdoorsman and naturalist, had many interests including the start of his high school’s scuba diving team and was active with the rifle team. Throughout his life, Bill was active with the Boy Scouts of America. This included leading Troop 27 in Yalesville, a Pack Leader for Park Farms School, sitting on the BSA New England Council and achieving the rank of Life Scout. Lastly, he was certified in deep sea diving at the Groton Sub Base and dove from “The Calypso”, Captain Jacques Cousteau’s ship. Bill enjoyed following the UCONN Women’s Basketball team. Most of all, his passion was spending time with his grandchildren, Elise, Nick and Rilee, whom he adored.

His family would like to thank the wonderful staff at Masonic, especially Tracey, Michele, Nicole, MJ and Kathleen for their loving care.

Visitation will be held on Saturday February 29, 2020, from 10am to12 pm at the Alderson-Ford Funeral Home of Cheshire, 615 S. Main St. Funeral services and burial will be held at the convenience of the family. A Celebration of his life will follow at Eli’s on Whitney, Hamden at 1 pm. Memorial contributions may be made to support William’s ride to end cancer. Checks should be made payable to, Smilow Closer to Free, c/o Susan Brown, 80 Frances Ct., Cheshire, CT 06410.
To order memorial trees or send flowers to the family in memory of William A. Brown, please visit our flower store.