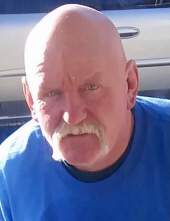 William Albert Lance, age 58, of Naugatuck passed away unexpectedly on Thursday, July 29, 2021 at his home. He was the devoted husband of the late Michele (O’Donnell) Lance. Willy was born on October 9, 1962 in Waterbury, son of the late Ernest Lance and Virginia (Dutton) Lance Estes, and was a lifelong Naugatuck resident.

William was a well-known roofer for several companies in town, he had a work ethic that was second to none and was a proud Naugatuckian. He was a humorous and amiable free spirit, who always wore a smile and laughed often. He will be remembered as a man of few words but also for his selflessness and caring nature.

William is the beloved father of William Lance and his fiancée, Felicia Meservey of Waterbury; Zachary Lance and his significant other, Brea Borges of Naugatuck; Amethyst O’Donnell and her fiancé, Eric Lewis of Tiverton, RI; and Kayla Lance and her significant other, Daniel Palmer of Warwick, RI. He is also survived by his cherished grandchildren, Jayla Loar, Conner Loar, Cameron Lance, Jaxson Williams and Teagan Lewis; and his loving sister, Gail Estes and her longtime companion, William Barbuto of Naugatuck. He was predeceased by his brothers, Robert and Ty Lance and his step-father, Lyle Estes.

A Celebration of Willy’s Life will be held on Saturday, August 28, 2021 from 1PM until 6PM at Hop Brook, 4 Straits Turnpike, Middlebury, CT 06762. The Alderson-Ford Funeral Home of Naugatuck has been entrusted with his care. To leave online condolences for his family or to view his video tribute, please visit www.fordfh.com
To order memorial trees or send flowers to the family in memory of Willam Albert Lance, please visit our flower store.