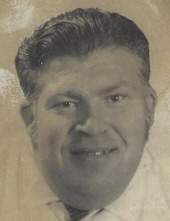 Brown was born February 11, 1934, in Waterbury, the son of the late Chester and Elizabeth (Wendle) Stiber. He was educated locally and was a Postal Carrier for the United States Postal Service. He was an active member of the Naugatuck Senior Center. Known as “Mr. Little League,” Brown volunteered for over 60 years beginning with Peter J. Foley Little League. It began with his brother, Chester, asking him to rake the field after a game that led him to hold the longest tenure among the 11 Connecticut District Administrators. The District 3 Commissioner and the State Coordinator for Little League Baseball, he was a fixture at the Little League World Series in Williamsport, Pa. He made the trip to Williamsport for the annual Little League Baseball World Series for more than 50 years. He became such a mainstay that he had a room at a local hotel named after him. In 2011, Brown was surprised at the opening day ceremony that turned into a celebration of his volunteerism with a field being named after him. In 2014, Brown was inducted into the Naugatuck Hall of Fame.

Wendle is survived by his niece and caregiver Christina Dwire and her husband Greg; his great niece and great nephew Maggie and JT; his niece Cyndi, many cousins and friends. In addition to his parents, Wendle is predeceased by his siblings Chester and Barry.

Arrangements – Funeral services for Wendle will be held on Saturday, October 2, 2021 at 10 am at the Congregational Church of Naugatuck, 9 Division St. Burial will follow in Grove Cemetery and there are no calling hours. The Alderson-Ford Funeral Home of Naugatuck is assisting with arrangements. Memorial contributions may be made to Peter J. Foley Little League, P.O. Box 452, Naugatuck, CT 06770.
To order memorial trees or send flowers to the family in memory of Wendle B. Stiber, please visit our flower store.