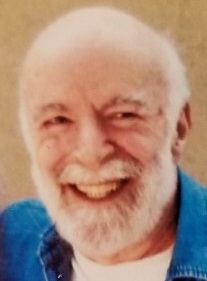 CHESHIRE - Walter J. Burns, Jr., 80, passed away Thursday, January 24, 2019 at the Summit of Plantsville. He was the husband of Georgianna T. (Turnbull) Burns.

Mr. Burns was born December 1, 1938 in Waterbury, the son of the late Walter J. and Margaret (Monahan) Burns, Sr. He was a lifelong resident of Cheshire and was employed by Eastern Press of New Haven and Northeast Graphics of North Haven until his retirement after his 67th birthday. After his retirement, he worked at Scully’s Automotive and the Window Box in Cheshire.

Besides his wife of 56 years, he is survived by his children Clayton Burns (Heather) of Thomaston, and Jack Burns (Diane) of Prospect; his grandchildren Tyler, Joshua, Trace, Jesse and Spencer. Besides his parents, he is predeceased by his sister Mary M. Burns.

Arrangements – A graveside service will be held on Wednesday, January 30, 2019 at 10:30 am at Cheshire Hillside Cemetery. There are no calling hours. Memorial contributions may be made to Grace Baptist Church, 55 Country Club Rd., Cheshire, CT 06410. The Alderson-Ford Funeral Home of Cheshire is assisting with arrangements.
To order memorial trees or send flowers to the family in memory of Walter J. Burns, Jr., please visit our flower store.