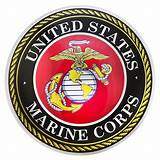 Vidas was born on December 15, 1949, in Waterbury, CT to the late Bronius and Eugenija Melninkaitis. Vidas proudly served his country in the United States Marine Corps from 1967 to 1973. While on duty, Vidas received three purple hearts. He was a longtime employee of the Borough of Naugatuck, working in the maintenance division of the Police Department. He became a dispatcher for Naugatuck Fire Department, and retired in 2013. Vidas was an active member of the Naugatuck Fire Fighters Local 1219.

Vidas was loved by anyone who met him. His charm and humor made the world better place.

A Mass of Christian Burial will be celebrated on Friday, June 24, 2022 at 10 a.m. at St. Bridget of Sweden Parish/St. Bridget Church, 175 Main St., Cheshire, CT. Friends are asked to meet directly at church. Burial will be held at the convenience of his family. The Alderson-Ford Funeral Home of Cheshire is assisting with arrangements. Memorial contributions can be made to the Naugatuck Fire Fighters Local 1219.
To order memorial trees or send flowers to the family in memory of Vidas Melninkaitis, please visit our flower store.