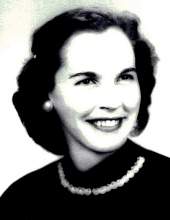 Mrs. Hammer was born November 6, 1923, in West Hartford, the daughter of the late Claus and Hilda (Mansen) Johnson. She spent the later years of her youth at the Children’s Home in Cromwell (CT) (at the time, an orphanage) and graduated from Middletown High. She then attended and graduated from North Park Junior College in Chicago and worked at the Evangelical Covenant Church home office before going to the Boston area to live and work, as she had many relatives there. She met and married Irving in Boston and they subsequently moved to Naugatuck, where they settled and raised a family. She was a busy homemaker and mother to four, much of the time raising them by herself, given that her husband was often away at sea as a merchant mariner. When her children were of high school age, she became employed at Uniroyal, sewing footwear; after the footwear plant closed, she then was employed for several years at Timex Corp. in the accounting department, until her retirement in 1989. She was a longtime Naugatuck resident and was a member of Hillside Covenant Church for sixty-five years.

Sylvia was a friend to many, loved to work on crossword and word-search puzzles, made sure to feed the birds, and made her Christmas Eve smorgasbord dinner a very special time for family and guests.

She is survived by her son Brian of California, Carl (& wife MaryBeth) of Illinois, and Paul (& wife Jean) of Vernon, as well as her 9 grandchildren and 17 great-grandchildren. Besides her parents, she was predeceased by her brother Einar, her daughter Lynne Tucker, and her daughter’s husband, Gene Tucker.

Arrangements – A Memorial Service will be held on Saturday August 10, 2019 at 11 am at the Hillside Covenant Church, 100 Hillside Ave., Naugatuck. Burial will be held at the convenience of the family in Grove Cemetery, and there are no calling hours. In lieu of flowers, memorial contributions may be made to Hillside Covenant Church, 100 Hillside Avenue, Naugatuck, CT 06770. The Alderson-Ford Funeral Home is assisting with arrangements.
To order memorial trees or send flowers to the family in memory of Sylvia Anna Alina Hammer, please visit our flower store.