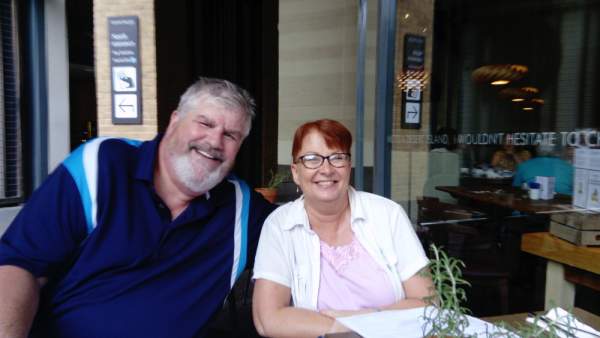 CHESHIRE – Steven M. LeClaire, 61, passed away on Saturday, July 31, 2021 at Mid-State Medical Center. He was husband of 38 years to Louise (Anderson) LeClaire.

Steve was born October 26, 1959 in Beverly, MA., son of Pauline (Porter) LeClaire and the late Rene LeClaire. He met the love of his life at Beverly High School and they were together ever since. After graduating high school, Steve proudly served his country in the United States Air Force.

Steve worked most recently for EMC Corp., where he was a Certified Master Black Belt Instructor of Lean Six Sigma, a statistics-based problem-solving methodology which uses a team-focused approach to improving performance by eliminating waste and defects. He wrote the training program for all EMC employees, and travelled the world instructing and mentoring staff. He was also a guest lecturer at Boston University’s Six Sigma program.

Steve loved to sing and entertain. He was a member of the Barbershop Harmony Society for over 30 years, a former President of the Connecticut Yankee Chorus, and sang tenor in countless barbershop quartets over the years. He particularly loved delivering singing valentines on Valentine’s Day.
Golf was a passion of his, and he spent many happy hours at the Southington Country Club, both as a member, and later, a part time staff member. Steve became involved with the U.S. Blind Golfer’s Association, and devoted much of his time teaching a blind friend to golf. He ran a very successful event at the Southington C.C. to share golf with the blind, helping them learn the game and connect with partners.

In addition to his wife, Steve is survived by his sons, Michael and Ryan LeClaire, daughter-in-law Erin Farley, and grandson Lincoln. He will also be missed by his siblings Rene LeClaire, Jeannine and Steve Perron, Cindy and Dave Desrochers, brother-in-law Jeff Anderson and sister-in-law Suzanne Anderson, and his many nieces and nephews: Jennifer, Rob, Cait, Renee, Becky, Elizabeth, Matthew, Andrew, Christopher, Sydney, and Gavin. He forged unique relationships with each of them and was involved in their lives no matter where they were. In addition to his father he was predeceased by his sister Kathy Macy.

Arrangements: Calling hours for Mr. LeClaire will be held on Sunday, August 8, 2021 at The Alderson-Ford Funeral Home of Cheshire, 615 South Main Street from 1:00 P.M. to 3:00 P.M. A service will be held at 3:00 P.M to conclude calling hours. Burial, at The State Veterans Cemetery, will be held at a later date. In lieu of flowers, memorial contributions in Steven’s memory can be made to Memorial Sloan-Kettering Cancer Center, or any of the many Barbershop choruses that brough him so much joy: The Silk City Chorus in Manchester CT, The Connecticut Yankee Chorus in Meriden/Wallingford CT, The Valley Chordsmen in Waterbury CT, The Hartford Men in Harmony in Hartford, CT, and the Northshoreman in Beverly, MA.
To order memorial trees or send flowers to the family in memory of Steven M. LeClaire, please visit our flower store.