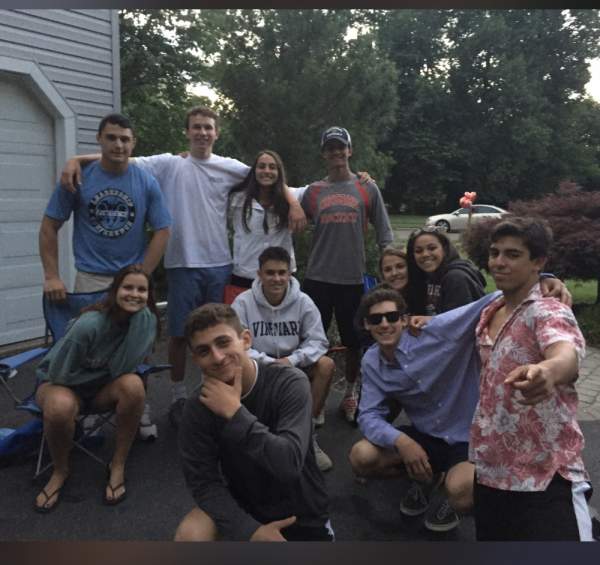 Stephen Joseph Friedler, age 22, beloved son of Elizabeth (Smith) and Jeffrey Friedler died peacefully in his sleep Thursday, June 10th. Stevie was born June 13, 1998, in New Haven and was a lifelong resident of Cheshire, CT. He is also survived by his adoring grandmothers, Ellen Smith and Judith Friedler and his step-grandmother Melrene and her husband Ron Savin, his devoted “Aunty” Amy Smith, and Uncle Joseph Friedler, his wife Kathleen and their daughter Madeline. He leaves an enormous extended family, stepfamily including Brandon and Bretta Buckingham, friends and relatives who cherished him. Anyone who was lucky enough to meet him quickly became a lifelong friend.

Stevie is a graduate of Cheshire High (class of 2016) and a graduate of New Hampton School (class of 2017). He loved playing hockey first for the Wallingford Hawks, Yale Bulldogs, and then at Cheshire High. His passion for hockey and the friendships he made throughout the years were a special part of Stevie’s life. He was a dominant force on the ice and an even bigger person off the ice. In his senior year at Coastal Carolina University, he was an avid Crossfitter, enjoyed great music, jet skiing, and hangin’ with the boys. Stevie will be remembered as a loving, kind soul with a great sense of humor.

Although he was taken too soon, his family and many friends find comfort in knowing Stevie is in Heaven in the arms of his two loving Grandfathers, his namesake, Stephen Friedler, and his maternal grandfather Wiillard Smith.

A service to honor Stevie’s life will be held Wednesday, June 16, 11:00 a.m. at the Alderson-Ford Funeral Home of Cheshire, 615 South Main St. with a private burial to follow. For those who are unable to attend in person you can watch via live stream by clicking the link below.
To order memorial trees or send flowers to the family in memory of Stephen J. Friedler, please visit our flower store.