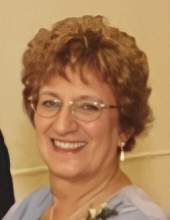 At home, with her family by her side, Sophia L. Wirta, 86, of Cheshire, CT, formerly of Glenburn, Maine, passed away peacefully on March 10th, 2022. A Special thank you to the VITAS Healthcare team.

Sophie is survived by her children, Kathy Petrucci of Cheshire, CT; Robert Wirta and his wife, Theresa of Hampden, ME; Mark Wirta and his wife, Marnie of Mt. Pleasant, SC. She also leaves her cherished grandchildren, Christopher Petrucci and his wife, Amy; Jennifer Petrucci and her boyfriend, Danny; Nicholas Wirta and his fiancée, Kaleigh; Daniel Wirta and his fiancée, Kristin; Sophie Wirta and Alex Wirta; her sister-in-law, Grace George and her niece, Stephanie George; and her cousin, Celia Perroy. Sophie leaves behind many close and special friends, especially Donna Giles, a lifelong friend. Sophie is now reunited with her partner, Donald Berry; son-in-law, Norf Petrucci; her brother, Nicholas George; her cousin, Christina Garabedian; and her dear friends, Flo and Dolly.

Sophie was a graduate of Sterns High School class of 1953. She worked as a Social Worker for the State of Maine at the Department of Human Services for over 25 years. Sophie was especially proud of her participation in the Adult Foster Home Program in the early 1970’s. Sophie was a person of faith. She was a lifelong member of St. George Greek Orthodox Church in Bangor Maine where she was an active parishioner for many years and was still in the hearts and prayers of her beloved parishioners. Sophie was a member of Philoptochos, the women’s guild organization at St. George and in the early 2000’s, her service to the church was honored by His Eminence Methodios, Metropolitan of Boston.

Sophie’s children and grandchildren were the pride and joy of her life. She will always be remembered for her kind heart and strength, her compassion for people and animals, her love of music, dancing and anything sweet. Sophie was an inspiration to all who knew her. She always had a smile on her face, an infectious laugh and was always ready to greet everyone with her famous hugs.

Friends may greet her family at The Alderson-Ford Funeral Home of Cheshire, 615 South Main St., Cheshire, CT 06410 on Wednesday, March 16, 2022 from 5 p.m. to 7 p.m. Her funeral service and burial will take place in the Spring in Bangor, Maine. Please check back for the service updates.
To order memorial trees or send flowers to the family in memory of Sophia L. Wirta, please visit our flower store.