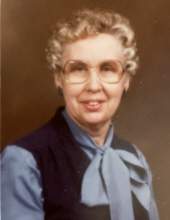 Shirley Mae “Shelly” Reese, age 92, of Naugatuck passed away on Tuesday, January 25, 2022 at her home. She was predeceased by her husband, Andrew Ronneng and her second husband, William Reese. Shirley was born on May 19, 1929 in Stratford, daughter of the late Ferdinand and Jeanne (Braun) Kleps.

Shirley took her faith very seriously and always felt close to God, it was at the Baptist Temple in Bridgeport where she met Andrew Ronneng, they both soon fell in love, and were married for over 45 years. They started their family in Fairfield and passed on their importance of faith to their children. Shirley enjoyed traveling throughout Europe, trips to Norway and Alaska, and cruises, she also loved to entertain friends at her home. After her husband, Andrew passed away in 1993, she met William Reese, they eventually were married and settled in South Carolina.

She is the beloved mother of Philip Ronneng and his wife, Janet of Lakewood, CO; Norman Ronneng of Naugatuck and Aletta Couch and her husband, David of Naugatuck. Shirley is also survived by her loving granddaughter, Monica Miller; her cherished great-grandchildren, Nevaeh and Rielly Miller; her brother, Alfred Kleps and his wife, Ruby of WA. She was predeceased by her grandson, Garrett Couch.

A Graveside Service for Shirley will be held in the Spring at Newtown Village Cemetery, time and date will be announced at a later date. Memorial contributions can be made to a charity of one’s choice. The Alderson-Ford Funeral Home of Naugatuck is assisting with her arrangements. To leave online condolences for her family please visit www.fordfh.com
To order memorial trees or send flowers to the family in memory of Shirley Mae Reese, please visit our flower store.