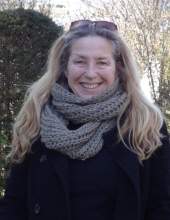 Cheshire - Sherrie Fairbrother, 64, passed away with her family at her side on Monday, June 14, 2021, at MidState Medical Center after a brave five-month battle against pancreatic cancer. She was a strong woman, as those who knew her will attest, but the disease was stronger.
Sherrie was born April 25, 1957, in Waterbury, the daughter of the late George and Rita (Erskine) Gyuricsko. Upon graduation from Cheshire High School, she pursued a degree in psychology at Flagler College in St. Augustine, Florida. She was a longtime Cheshire resident where she was employed in the office of East Coast Mechanical.
Sherrie is survived by her daughter Kelly Fairbrother; her brothers Gregory Gyuricsko and Douglas Gyuricsko and his wife Donna; as well as her nieces Lori Fincher, Terry Selden, and Deborah Gyuricsko. In addition to her parents, she was predeceased by her partner John Fairbrother and brother Stephen Gyuricsko.
The family also would like to thank her friends Claudia Hearn, Patrick Marquis, Kim Jarjura, Carol Chamberlin, and Christine Wium for their support through this difficult time.
Arrangements – Funeral services and committal will be held at the convenience of the family and there are no calling hours. The Alderson-Ford Funeral Home of Cheshire is assisting with arrangements.
To order memorial trees or send flowers to the family in memory of Sherrie Fairbrother, please visit our flower store.