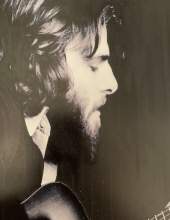 Middlebury - Sean Knowles, 36, passed away on Wednesday, August 4, 2021. He was born July 26, 1985, in Waterbury, the son of the late Joseph and Adrienne (Marrone) Knowles. Sean was a longtime Middlebury resident and had worked as an Arborist.

Sean is survived by his daughter Darby; his brother Edward Knowles and his wife Katherine, of Middleboro, MA; his uncle Kevin Knowles of Naugatuck; his nieces and nephews Edward, Nevaeh, Rose, Hunter, and Isabelle.

Arrangements – A funeral Mass will be scheduled at a later date and there are no calling hours. The Alderson-Ford Funeral Home of Naugatuck is assisting with arrangements. Memorial contributions may be made to Project Semicolon by visiting projectsemicolon.com.
To order memorial trees or send flowers to the family in memory of Sean Knowles, please visit our flower store.