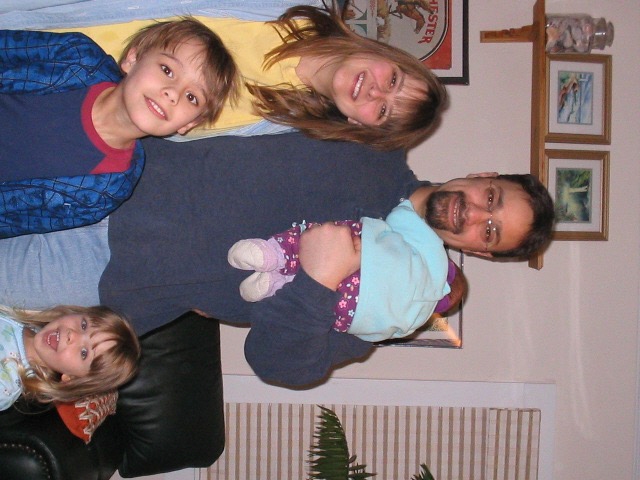 Scott Elton Daniels, age 50, of Cheshire passed away after a short illness on Thursday, February 20, 2020 at St. Mary’s Hospital. He was the devoted husband of Jody Ann Rivnyak Daniels for over 21 years. Scott was born on August 16, 1969 in New Haven, son of Elizabeth Rose (Piccolo) Daniels and the late Elton G. Daniels.

Scott was raised in West Haven and Orange. As a young boy, he enjoyed fishing with his father and brother, family trips to the beach and crabbing. His love of the beach continued into adulthood. He was committed to physical fitness, competing in weight lifting and body building throughout his teens and into his early 20s.

After graduating from Amity Senior High School in 1987, he attended the CT School of Electronics in New Haven, graduating with Honors and first in his class. Scott graduated Summa Cum Laude from SCSU obtaining his Bachelor’s degree in Biology; he earned his Master’s in Biomedical Science from Quinnipiac University. Most recently, he earned his Machinist degree from Goodwin College. He cheered for the Boston Red Sox and loved his cats, Cooper and Luna, and his daughter, Noelle's parakeet, Blur. Scott was a driven handyman, who was unstoppable until each job was done; and most of all, a dedicated and loving father to his three children.

In addition to his mother, Betty Daniels of Milford and his wife, Jody Daniels of Cheshire; Scott is survived by his three cherished children, Connor Scott Daniels, Noelle Julia Daniels, and Peyton Sophia Daniels, all of Cheshire; and his loving brother, Steven Milton Daniels of Milford. He also leaves his aunt, Janet and her husband, Daniel Perreault of Orange, CT and Homosassa, FL, and his aunt, Maria Piccolo of Waterford. Scott is also survived by many cousins. He was predeceased by his uncles David Piccolo, Richard Hurlburt, Milton Daniels, and his aunt, Diana Daniels.

In keeping with Scott’s loving and generous spirit, it was his decision to donate life so others may live it.

A Celebration of Scott’s Life will be held on Saturday, March 7, 2020 from 10am - 12:30pm at the Unitarian Society of New Haven, 700 Hartford Turnpike, Hamden, CT 06517. Burial will be private and at the convenience of his family. In lieu of flowers, memorial contributions may be made to the Sudden Arrhythmia Death Syndrome (SADS) Foundation or to the Depression and Bipolar Support Alliance (DBSA). The Alderson-Ford Funeral Home of Cheshire is assisting Scott’s family with his arrangements. To leave online condolences for his family, please visit www.fordfh.com
To order memorial trees or send flowers to the family in memory of Scott Elton Daniels, please visit our flower store.