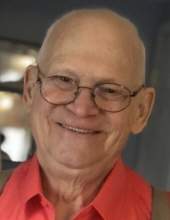 Mr. Ippolito was born September 7, 1941, in Clifton Springs, NY, the son of the late Salvatore and Doryce (Wheaton) Ippolito. He served in the U.S. Army, First Infantry Division from August 1962 to August 1964. He attended Monroe Community College for two years and received an associates degree in accounting. He also attended ESF at Syracuse University where he received his Bachelors in Wood Products Engineering. He worked in the Lumber business for Wicks Lumber and Grossman Lumbar. He later worked for the Farrel Corporation in Ansonia for over 24 years in Senior Product Planning. After his retirement, he became a nursing assistant with Alzheimers patients at Emeritus in Amity for several years.

Arrangements – A Mass of Christian Burial will be held on Monday, June 28, 2021 at 9:30 am at St. Francis of Assisi Church, 318 Church St., Naugatuck. Friends are asked to meet directly at church. Burial will follow in St. James Cemetery. The Alderson-Ford Funeral Home of Naugatuck is assisting with arrangements. Memorial contributions may be made to Seymour Lake Association, PO Box 36, Morgan, VT 95853. For online condolences, to share a photo or a story, please visit www.fordfh.com.
To order memorial trees or send flowers to the family in memory of Samuel J. Ippolito, please visit our flower store.