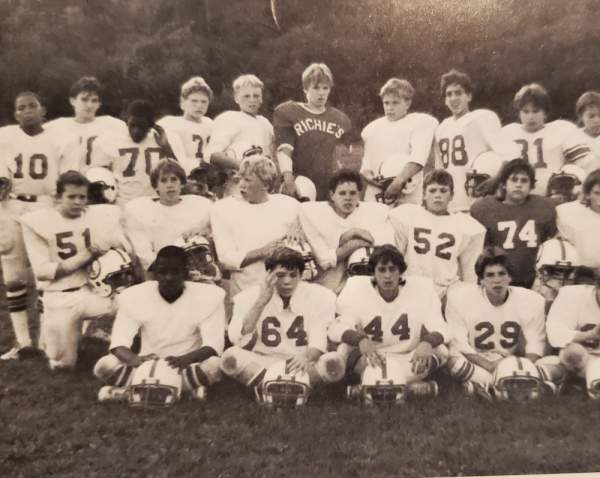 NAUGATUCK – Russell “Russ” (Withington) Sullivan, 47, passed away Friday, January 10, 2020 at his home. He was the son of Joanne (Crampton) Withington Droller and the late Russell Withington.

Russ was born September 26, 1972, in New Haven and had been a Naugatuck resident for over 40 years. He graduated from Naugatuck High School, Class of 1990. After high school, Russ served his country in the United States Marine Corps. After his discharge from the Marines, Russ was employed as a Corrections Officer for the State of CT. After his time with corrections, he was an Emergency Medical Technician for American Medical Response in Waterbury. Most recently he obtained his CDL and Haz-Mat Certification and was a Truck Operator for various companies in the area. He was an active part of the Football community, acting as an assistant coach for Pop Warner as well as Woodland High School.

Besides his mother of Naugatuck, Russ is survived by his sons Stephen Soboleski and Dillon Sullivan; his daughter Liz; his brothers Frank Serer of NH and Vincent Serer of Naugatuck; a sister Cathy Withington of Orange; his step-father David Droller of NC; his Godmother Geri “Babe” Smith of Wallingford; his Godfather Albert Stacy of West Haven; a special friend Moria Graham-Mehmet; his dog Darby as well as many Aunts, Uncles and Cousins.

Arrangements – A Mass of Christian Burial will be held on Saturday, January 18, 2020, at 9:30 am at St. Francis of Assisi Church, 318 Church St., Naugatuck. Friends are asked to meet directly at church. Burial will follow in St. James Cemetery. Visitation will be held on Friday from 5 to 7 pm at the Alderson-Ford Funeral Home of Naugatuck, 201 Meadow St. To assist Russ’s family with expenses, please visit his “Tribute Fund” page on the funeral home website
To order memorial trees or send flowers to the family in memory of Russell (Withington) Sullivan, please visit our flower store.