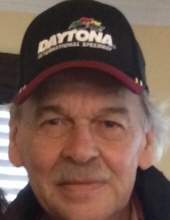 Mr. Smith was born May 25, 1947, in Altoona, PA, the son of the late Paul and Dorothy (Parks) Smith. He was a longtime Naugatuck resident and graduated from Naugatuck High School Class of 1965. He moved to Waterbury in 1995 and worked as an Engineer for over 50 years. He was a member of the Fraternal Order of Eagles #640 in Naugatuck and enjoyed fishing, model railroading, gardening, and watch repair.

Mr. Smith is survived by his son Dan Smith of Naugatuck; his daughter Tammy Corso; his sisters Cheryl Savarese and Beverly Carrington; his brother Randall Smith; his grandchildren Colleen Lea, Christopher Dwy, Stephanie Smith, Jessi Dwy, and Jami Britt; his 5 great-grandchildren Blake, Devin, Aubrey, Yahmad Jr., and Aria; as well as many nieces and nephews. In addition to his parents, he was predeceased by infant twin children.

Arrangements – Funeral services will be held on Wednesday, August 18, 2021, at 11 am at the Alderson-Ford Funeral Home of Naugatuck, 201 Meadow St. Burial will follow in Grove Cemetery. A period of visitation will be held on Wednesday morning from 10 am until the start of the service. Memorial contributions may be made to United Methodist Church, 208 Meadow St, Naugatuck, CT 06770.
To order memorial trees or send flowers to the family in memory of Ronald Smith, please visit our flower store.