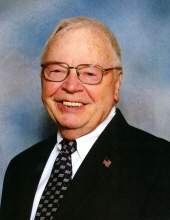 MERIDEN – Roger A. Beausoleil, 94, passed away peacefully on Wednesday, May 12, 2021, at Miller Memorial Community in Meriden. He was the husband of Joan (Meyer) Beausoleil.

Mr. Beausoleil was born March 3, 1927 in Waterbury, son of the late Henry and Leonise (Lagasse) Beausoleil. He was retired from Yale University School of Medicine, where he was manager of printing services.

Roger went through school in Waterbury, including his beloved St. Anne’s, then became employed as a photographer by United Time Corp. Eager to join four of his siblings already serving in the US military, Roger enlisted in the Marine Corps in early 1945. He shipped out of San Diego with the 3rd Amphibious Corps arriving in Tientsin, China, by way of Okinawa. He remained overseas, settling in China and working as a photographer with the 1st Pioneer Battalion. Roger completed his tour at Camp Pendleton in February of 1949. He joined the Reserves and was reactivated in 1950 as the Korean War unfolded. Roger worked as a cook and later a photographer until his discharge in 1952.

Soon after returning to civilian life, he had a successful career in sales with New England Provisions Company. Fifteen years later, Roger brought his enthusiasm and tenacity to Yale School of Medicine. He created a department that expanded to 5 locations with 32 employees, providing an essential source for campus printing before retiring from Yale in 1987. Recruited by a former Secretary of Yale to offer services to entrepreneurs within Yale's Science Park, Roger and his partners collaborated to open a full-service print shop. Upon the success of this venture, he retired fully and finally.

Between these various professional endeavors and long workdays, Roger marshaled the energy and focused on pursuing his love of flying. In typical, tireless fashion, Roger—who seemed to have more time in a day than the rest of us— earned his private pilot’s license at the age of 49. He was also a member of the China Marine Association for many years, attending annual reunions until the years were too many and membership too few. He proudly volunteered time in his later years with the Antique Veterans of Meriden, CT.

Roger enjoyed woodworking, UCONN Women's Basketball, and he especially liked being outdoors facing the sun no matter the season. However, family was at the core of Roger's spirit. All who knew him understood that he held nothing more dear. Roger's devotion to family, combined with his respect for country and faith in God, led to a life characterized by honorable conduct and notable successes, bestowing upon those he touched an enduring source of inspiration and eternal love.

Arrangements: Mr. Beausoleil’s funeral will be held at 9:15 A.M on Thursday, May 20, 2021, from The Alderson-Ford Funeral Home of Cheshire, 615 South Main St, and proceed to Holy Angels Church, 585 Main St, Meriden, for a Mass of Christian Burial at 10:00 A.M. Burial will follow in the State Veterans Cemetery, 317 Bow Lane, Middletown. Calling hours will be held Wednesday, May 19, 2021, from 4:00 P.M. until 6:00 P.M. In lieu of flowers, donations in his name may be made to Antique Veterans of Meriden CT c/o Meriden Senior Center, 22 West Main Street, Meriden, CT 06451.
To order memorial trees or send flowers to the family in memory of Roger A. Beausoleil, please visit our flower store.