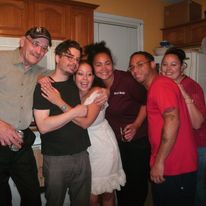 Mr. Connor was born August 13, 1936, in Torrington, son of the late Robert Sr. and Stephanie Connor. He was a retired lithographer, and as a member of The Army National Guard he served the city of Torrington during the flood of 1955.

Mr. Connor is survived by his former wife Brenda (Weiner), his children, Timothy Connor of Oxford and Christina Hines of Bristol, and his siblings John, Jane, Roberta, George and Charles. He will also be missed by his loving grandchildren, Lukos, Molly, Autumn, Amber and Andrew, as well as many nieces and nephews. He is predeceased by his first wife Madeline (Brandmeyer).

Robert’s sharp wit, great sense of humor and kind heart made him easy to love and hard to resist. People were naturally drawn to him and he was someone that everyone wanted to be around. Anyone who knew him loved him, and he will be so dearly missed by everyone who’s life he touched.

During his time at Apple Rehab Watertown Robert quickly made many friends among the residents and staff, and the care he received was extraordinary. But they provided much more than care, they provided kindness, caring and love, and Robert came to consider them family. For that his family will be forever grateful.

Arrangements - Services for Mr. Connor will be private and burial will be at the convenience of the family. There are no calling hours and The Alderson-Ford Funeral Home of Cheshire is assisting with arrangements. For online condolences, to share a photo or a story, please visit www.fordfh.com.
To order memorial trees or send flowers to the family in memory of Robert W. Connor, Jr., please visit our flower store.