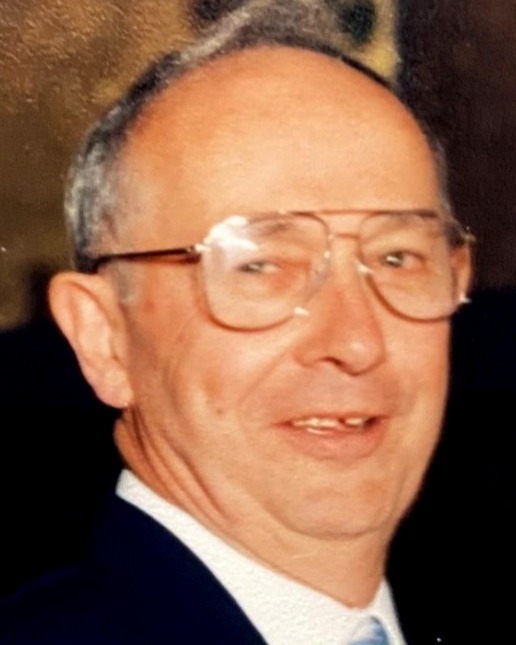 Following a divorce, he married his second wife Dolores G. Stamp in the early 1980’s and eventually moved to Florida and loved it. When Dolores passed away in 2008, Robert moved back to Connecticut where he remained a widower.

From early on he worked diligently to provide for his family. He spent 20 plus years working for Burgmaster installing and repairing industrial machine tools across America and Europe. He continued in that line of work until retirement age, working for several different companies in Massachusetts, Connecticut, and Florida. He loved reading the paper, as well as WWII spy novels. He was especially fond of cross word puzzles in the morning, and waking everyone else up when putting the dishes away. He loved Florida’s natural attractions but none more than Costco. Despite having three sons serving in the USAF, he was oblivious to any other branch of the service outside the Navy and the Marines. He was an ‘Honorable Member of the Clean Plate Club’ throughout his entire life. Dogs made him happy, he had at least four Shelties.

An avid fan of college football, he especially loved Notre Dame. He loved the Boston Bruins, the Red Sox, the Green Bay Packers, and the New England Patriots. To his own surprise and delight in his twilight, he even shockingly admitted to loving to watch soccer and enjoying it. Along with a small band of Hebronites, he was one of the original founders of the first Hebron Harvest Fair, raising money for the Bolton Bull Dogs Pony Football league.

Some might say that he had a streak of stubbornness even being rigid at times. When it came to work he showed up, whether or not it meant that someone would slash his tires when he crossed a picket line, he was determined to feed his family. He did struggle with alcoholism. He was eventually successful in his endeavor to give up drinking, but not without a fight and being given an ultimatum to do so. He attended Alcoholics Anonymous and kept his sobriety for 34 years. He credited AA for saving his second marriage. He enjoyed driving and loved going to Mass on Sundays and was devastated when stricken with epilepsy and was no longer able to do so.

In his dying days, he was able to voice his love for his children, as well as his first wife Roberta, whom he never stopped loving. He prayed with his son, and asked for forgiveness. Dementia and loneliness were his last struggles, he had countless near-death illnesses in his last 3 years of life. A simple cup of coffee cheered him up, he adored petting the family dogs (Mookie and Wally) never forgetting their names, and the dogs loved their visits with him in return.

Lastly, he loved staring into the sunset watching the seasons change, seeing a leaf fall to the ground or looking at a distant bird, while savoring a cup of coffee that was emptied in astonishing speed.

Robert exquisitely expressed his desire for a Christian burial and will have his funeral mass on Dec. 6, 2022 at 10:00 a.m., at Saint Bridget’s of Sweden in Cheshire, CT. He will later be interred at the Bushnell Military Cemetery in Florida, in a private family setting where he will be buried along his wife Dolores whom he loved dearly and a few rows down from his older brother Bill, whom he adored, respected, and always looked up to.