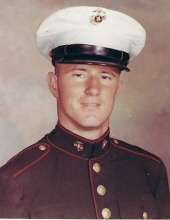 NAUGATUCK- Mr. Robert R. Boudreau, 72, of Naugatuck, passed away Monday July 22, at St. Mary’s Hospital. He was the husband of Carol A. (Gentile) (DeLisle) Boudreau.

Bob, was born in New Britain, Mar. 5, 1947, a son of the late Joseph and Frances (Royce) Boudreau and was educated in the Southington school system. He was a Naugatuck resident for over 20 years, moving here from Southington. He was a U.S. Marine Corps. veteran of the Vietnam Conflict, having attained the rank of Sergeant, where he was awarded the Combat Action Ribbon, the National Defense Service Medal, the Presidential Unit Citation, the Good Conduct Medal, the Vietnamese Service Medal with 6 Stars, and the Cross of Gallantry with Frame and Palm. Following his military service, he was employed with Pratt and Whitney Aircraft, having been employed at the Southington and Middletown facilities for over 45 years, retiring in 2009, as a General Foreman. He was a member of Post 17. American Legion of Naugatuck.

Besides his wife of 19 years, Carol, he leaves, 2 sons, Chad Boudreau of Southington, and Ryan Boudreau of Aspen, Colo., a step-son, Christopher DeLisle of Naugatuck, a step-daughter Yvonne Borchert of Southington; one brother Philip Boudreau; one sister Alicia Tellier of New Britain and two half-sisters, Darlene Boudreau of Terryville and Denise Boudreau of Washington State. and 3 Grandchildren, Chase, McKenzie ad Lauren. Besides his parents, he was predeceased by a brother Lenney Boudreau.

His funeral will be held on Saturday July 27th with the procession leaving the Alderson-Ford Funeral Home of Naugatuck, 201 Meadow St.at 10:45 am and proceeding to St. Francis of Assisi Church for a Mass of Christian Burial at 11:30 a.m. Full military honors will be accorded at the church following Mass. Friends may call at the funeral home on Friday July 26th from 5 to 8 p.m. Members of the veteran’s council will meet at the funeral on Friday at 6:15 p.m.
To order memorial trees or send flowers to the family in memory of Robert R. Boudreau, please visit our flower store.