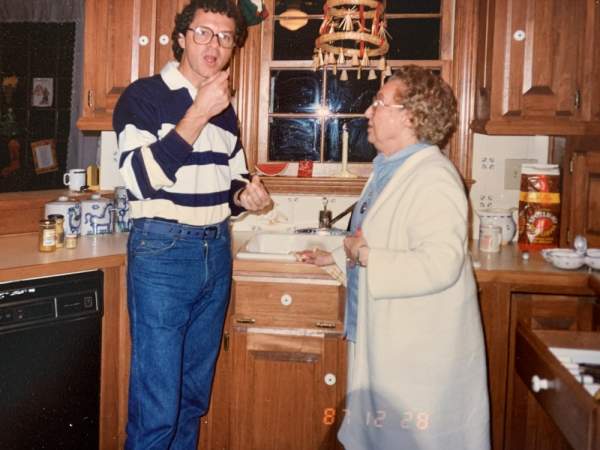 Born June 1, 1941 in Newton, MA, to the late Robert J. and Mary (Lynch) Larkin, Bob went on to become the singer, guitarist, and banjo player for The Wyndigos while earning his bachelor’s degree in economics and finance from Boston College. After college, Bob took his talents to the financial services industry, where his hard work and innovation left an indelible mark on the equipment leasing business. An early fight with chronic lymphocytic leukemia (CLL) failed to enervate Bob’s zest for life and building relationships with people. As he defied the odds and beat back the disease, he became an advocate and mentor for other CLL patients and forged lifelong friendships with his doctors and nurses. Bob was also an avid golfer, and met many more close friends on the course. Each week, he looked forward to meeting with his Thursday Coffee Club. Bob was known for his endlessly entertaining stories. He often wrapped up by saying “to make a long story short”—especially after doing just the opposite. Bob was also a consummate listener and had a true passion for helping people through troubles; over the years, he has helped, if not healed, everyone in his family at least once in their lives with his gentle wisdom and guidance. Bob was most proud of his grandchildren and loved his job as a “full time Grandpa” above all. He was his grandchildren’s biggest fan and attended every game, tournament and concert.

He is the beloved father of Stephen Larkin and his wife, Kelly of Cheshire; Robby Larkin and his wife, Kathy of Wallingford; and Kristy Mahon and her husband, Bill of N. Branford; step children Glen Pridgen and Michelle Pridgen Barry of Atlanta, GA and their families. Bob is also survived by his cherished grandchildren, Abigail Rashid and her husband, Shareq of Philadelphia, PA; Jessica, Emily and Karen E. Larkin of Cheshire; Gregory and Stephanie Mahon of N. Branford; Samantha and Madison Larkin of Wallingford and his first great-grandchild on the way. He was the loving brother of James (Sheila) Larkin of Lunenburg, MA; Richard (Martha Brooks) Larkin of Bolton, MA; Phil (Sue) Larkin of Fitchburg, MA; Paul (Ana) Larkin of Palm Coast, FL; and Patricia (Mark) Webber of West Stockbridge, MA; and is also survived by his former spouse, friend and mother of his children, Karen (McClusky) Larkin of Cheshire. He also leaves behind many nephews, nieces, cousins of every degree, friends and distant relatives around the globe – all of whom he truly cherished.

A Celebration of Bob’s Life will be held at a time when people can safely gather. Funeral Services for Bob will be private and at the convenience of his family.

The Alderson-Ford Funeral Home of Cheshire has been entrusted with his arrangements. In lieu of flowers, memorial contributions may be made to the Dana-Farber Cancer Institute by visiting www.dana-farber.org/gift To leave online condolences for Bob’s family, please visit www.fordfh.com.
To order memorial trees or send flowers to the family in memory of Robert J. “Bob” Larkin, Jr., please visit our flower store.