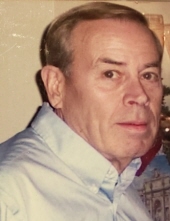 It all started on a crisp fall day, September 23, 1941. An exceptional man was born that day, the son of the late Charles and Elizabeth (Wilson) Gill, but in 1941 no one knew the irreverent and relentless force that was being unleashed on the world. Bob was 100% New Haven. No matter what his address actually was, he always lived in New Haven. Serving his community as a firefighter, raising a family, and never forgetting the importance of roots.

Second, only to his love for his wife and daughters, Bob was a passionate firefighter, realizing great success early in his career with the New Haven Fire Department. As a Lieutenant in 1975, Bob was injured on the job and retired too soon from a career he loved.

Bob loved his wife Carol so much that he married her twice. Bob loved his daughters immensely, but the role he cherished most was that of Silly Grandpa. Happy to suffer the indignity of hiding under a dining room table when his grandchildren had stopped looking for him 30 minutes earlier. A generation turned a grown man into a human toy...and he LOVED every minute of it.

Arrangements – Funeral services will be held at a later date. The Alderson-Ford Funeral Home of Cheshire is assisting with arrangements. In support of Bob’s love for animals, donations can be made in his memory to the West Haven Animal Shelter, 7 Collis St, West Haven, CT 06516.
To order memorial trees or send flowers to the family in memory of Robert Gill, please visit our flower store.