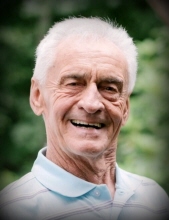 Robert E. Gageby, 85, formerly of Cheshire, entered into eternal rest on Tuesday, June 30, 2020, at VNA Hospice House in Vero Beach, FL, after a heroic battle with COPD. He was the loving husband of Florene Condon.

Robert was born May 7, 1935 in Eau Claire, WI, son of the late Richard and Lucille (Bailey) Gageby. Robert was a veteran, proudly serving in the United States Army. He was an Engineer in the Wire and Cable Industry prior to his retirement. Robert was a former member of the First Congregational Church in Cheshire, and a member of the Wallingford Elks Lodge #1365. He enjoyed golfing, traveling, and spending time with his children and grandchildren. He was well known for his witty sense of humor and gentle demeanor. His quiet strength and selfless nature was, and will continue to be, an inspiration to all who love him.

Besides his wife, he is survived by four daughters: Travis and her husband Kevin Dziema; Kimberly and her husband Chris Vegliante; Lisa Petrillo; and Keely and her husband John Stewart. Robert also leaves behind his eight grandchildren: Rachael, Emily, Stephanie, Kenneth, Stephen, Julie, Dylan, and Colin; three great grandsons: Holden, Harrison, and Henry; and his sister, Carol Vollum. In addition to his parents, he was predeceased by his first wife, Carolyn; his brother, James Gageby; and his sister, Joanne Sanford.

Arrangements: A graveside service, with full Military Honors, will be held on Monday, July 6, 2020 at 11:00 a.m. at Cheshire Hillside Cemetery, 166 Wallingford Road, Cheshire. All are welcomed to attend but are encouraged to maintain social distancing protocols. There will be no calling hours. The Alderson-Ford Funeral Home of Cheshire, 615 South Main Street, is assisting with arrangements. In lieu of flowers, memorial contributions may be made in Robert’s name to Wounded Warrior Project, PO Box 758517, Topeka, Kansas 66675-8517, or to the American Lung Association, 45 Ash St, East Hartford, CT 06108.
To order memorial trees or send flowers to the family in memory of Robert E. Gageby, please visit our flower store.