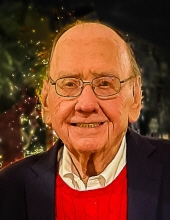 Robert Lawrence Hintzen (Bud to his many friends) passed away suddenly on Thursday, December 31, 2020, at his home at the age of 87. He is survived by his loving wife of 46 years, Anne Marie (Webster) Hintzen. In addition to his wife, Robert leaves behind his daughters, Heather Hintzen & her husband David Ridgway of Redondo Beach, CA; Heidi (Hintzen) Dulac & her husband Richard Dulac, Jr of Plantsville, CT and his grandsons Richard Dulac III and Michael Dulac.
Robert was born on August 25, 1933, in Mason City, Iowa, the son of the late Fritz and Bertha (Stoehr) Hintzen. He was predeceased by his brother Walter and his sisters Ruth, Wanda, and Mona. He graduated from the University of Iowa in 1954. He proudly served his country for over 20 years in United States Air Force where he received many meritorious awards including the Distinguished Flying Cross Medal. He retired as a Lt. Colonel in 1976. During these years he had many assignments all over the world including Japan, Germany, and Norway where he met his wife Anne Marie. After his Honorable Discharge, Robert moved to Cheshire and began his second career with RE Hill Company in Lawrence, Mass.
Robert & Anne Marie became members of the Farms Country Club in Wallingford. In addition to his passion for golf, Robert was an avid bridge player with a true love of the game, which brought him hours of enjoyment until the very end. Robert was also a Master Mason of the Cheshire Temple Lodge No 16 for over 50 years. We greatly admired his “joie de vivre” especially when it came to family, travel, and social occasions. There was never a better storyteller or bartender in the room.
Arrangements - A funeral service will be held on Thursday, January 21, 2021, at 1 pm at the Alderson-Ford Funeral Home of Cheshire, 615 S. Main St. Burial with military honors will follow in Cheshire Hillside Cemetery. A period of visitation will be held on Thursday from 12 pm until the start of the service at 1. A Celebration of Life and reception will take place at a future date. In lieu of flowers, memorial contributions in Robert’s memory may be made to the American Lung Association, 45 Ash Street, East Hartford, CT 06108-3272 or Alzheimer’s Disease Research, 15825 Shady Grove Rd. Suite 140, Rockville, MD 20850-4022.
To order memorial trees or send flowers to the family in memory of Robert "Bud" Lawrence Hintzen, please visit our flower store.