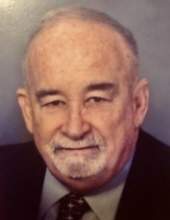 Richard “Dick” Wayne Brough, age 85, of Cheshire passed away peacefully at home surrounded by his family on Saturday, October 17, 2020. Dick was born in Hartford, Connecticut on April 7, 1935. He is the beloved son of the late Clarence and Gertrude Brough and loving husband to Jane Brough.

He graduated from Piedmont High School in California. He went on to serve in the Navy and was honorably discharged in 1961. He attended St Mary’s College in Moraga, California and was awarded a Bachelor’s of Science Degree in Chemistry at the University of Hartford.

Dick loved coaching Cheshire Youth Baseball teams and he continued coaching well after his sons were grown. He was an ardent fan of the Boston Red Sox and New York Giants.

The Alderson-Ford Funeral Home of Cheshire has been entrusted with his care. Services will be held at a later date. Memorial Contributions may be made to Boystown USA at Boystown.org .
To order memorial trees or send flowers to the family in memory of Richard W. "Dick" Brough, please visit our flower store.