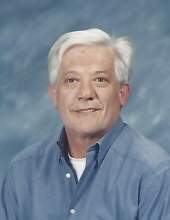 Richard Moore, 71, of Cheshire Connecticut passed away on Monday March 7, 2022 at Yale New Haven Hospital. His wife, Rosemary Hoffmann and his brother Mike Moore were at his bedside.

Richard was born in New Haven on January 7, 1951 the son of Helen Kelly and Richard Moore. Richard grew up in Shelton moving to the Bayview area of Milford as a teenager. He graduated from Eli Whitney Technical High School with training as a machinist and toolmaker.

He married the love of his life, Rosemary, in 1993. Richard is survived by Rosemary and by his brother Mike and Mike’s wife Susan, of Orange CT and by his brother-in-law Norman Hoffmann and his wife Sue of Virginia Beach VA.

Richard worked as a carpenter developing skills as a cabinet maker. His skills led him to employment with the Yale University Art Gallery from 1973 until his retirement in 2010. At the gallery, he ascended to the role of Facilities Manager with responsibility for all functions of the operation.

Richard loved playing golf. He would play with various friends, even as a “solo” but he really enjoyed playing with his regular foursome throughout the season. His other great love was for modern jazz. He assembled an impressive collection of recordings of various progressive artists. On occasion, he and his brother would attend jazz sessions in venues around New Haven.

Throughout his life, simply put, Richard was a hardworking, and uncommonly kind man devoted to his family and his friends and committed to doing what he saw as the right thing. He will be missed by his family and by anyone who had the good fortune to know him.

A memorial service will be held on Tuesday March 15, 2022 at 10:00 a.m. at St. Peter’s Episcopal Church 71 River Street in Milford. The Alderson-Ford Funeral Home of Cheshire is assisting with arrangements.

To order memorial trees or send flowers to the family in memory of Richard Patrick Moore, please visit our flower store.