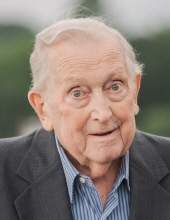 Cheshire - Raymond L. Roberts, 83, passed away on Sunday January 23rd, surrounded by his family at his home. He was the husband of the late Carolyn (Engle) Roberts.

Mr. Roberts was born February 12, 1938, in Cheshire, the son of the late Edmund and Ethel (Cook) Roberts. He was a lifelong Cheshire resident where he was a member of the First Congregational Church as well as a past member of the town’s fire department. He was the Plant Manager for Erickson Metals Corporation until his retirement in 2019. Ray was a proud U.S. Army veteran having served in Germany with the 10th Infantry Division.

Known to his loving family as “Poppy”, he was a wonderful Father, Grandfather and Great-Grandfather and was a staple in their daily lives. He enjoyed many trips to Cape Cod visiting his second home.

Arrangements – Funeral services will be held on Thursday, January 27, 2022, at 11:00 am at the Alderson-Ford Funeral Home of Cheshire, 615 S. Main St. A burial service will follow at Cheshire Hillside Cemetery. Calling hours will be held on Thursday from 9:30 AM until the start of the service at 11 AM.
To order memorial trees or send flowers to the family in memory of Raymond L. Roberts, please visit our flower store.