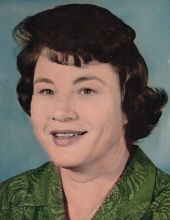 CHESHIRE- Phyllis G. Gagnon passed away Thursday, March 12, 2020 at Meriden Center in Meriden. She was the loving wife of Rene George Gagnon whom she was married to for 68 years.

Mrs. Gagnon was born May 4, 1928 in Holtville, CA, daughter of the late Frederick C. and Lillian Lynnelle (Rippy) Smith.

Phyllis was a graduate of the University of California Berkeley where she received her Bachelor’s Degree in lab technology. She was Head Lab Technician at Yale New Haven Hospital prior to her retirement. Mrs. Gagnon was a member of the American Legion Post 194 in Prospect, and the VFW Post# 8075 in Prospect where she also served as Past State and Eastern Conference President.

Besides her husband she is survived by her son Patrick Gagnon of Trumbull, and his children Lindsay, and Zachary. She was predeceased by her sister Fredes Lynnelle Wilson.

Calling hours will be held 5 to 7 P.M, Wednesday, March 18, 2020 at The Alderson-Ford Funeral Home of Cheshire, 615 South Main St, 06410. Burial will be held at the convenience of the family in the State Veterans Cemetery in Middletown. Donations in her name can be made to VFW National Home for Children, 3573 South Waverly Rd., Eaton Rapids, MI 48827.
To order memorial trees or send flowers to the family in memory of Phyllis G. Gagnon, please visit our flower store.