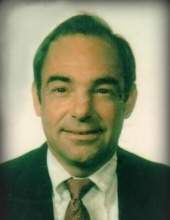 Philip Michael Karakoosh, 78, of Cheshire, beloved husband of Sandra Karakoosh, passed away on June 2, 2022. Philip was born on June 26, 1943 in Worcester, MA to the late Robert and Varcenig Karakoosh.

In addition to his wife Sandra, Philip is survived by his daughter, Whitney Massey (John); his grandson, Walker Massey; his sister, Roberta Havlick of Cheshire; brother, Jeffrey (Patricia) of Florida; and numerous nieces and nephews.

Phil was thirteen when his family moved to Cheshire, graduating from Cheshire High School in 1961. His adventurous spirit carried him to travel with two Cheshire friends in his Volkswagen Beetle encountering Civil Rights protests in the deep South and while traversing Mexico escaping bandits in the Sierra Madre Mountains.

Shortly after arriving home in July 1964, his neighbor asked if he wanted to replace a crew member and sail to Bermuda on the Gooney Bird…a trip that would change his life. Pelted with bad weather and extreme seas for five days, a decision was made to temporarily abandon the boat, now taking on water due to a malfunctioning bilge pump. The four took refuge in a two-man yellow life raft that would become their home for the next nine days. Fighting off sharks, they sarcastically named one the Dinner Bell that stalked them and attempted to flip the raft. Phil’s Boy Scout training kicked in and, through a set of circumstances, was able to kill the sharks and catch fish, a food he would never eat again. Starvation and an unquenchable thirst, only one capful of water a day allowed, the reality they would most likely not survive took over, with each writing their wills and messages to loved ones on the yellow raft skin. On the ninth day, an errant navy pilot flying the Bermuda run spotted them. The Cold War was raging as two freighters rushed to the rescue, one British, the other Russian, wanting the men to be held as hostages. The Brits won and the men survived their wounds.

Within a few days of returning to Cheshire, Phil reported to the draft board for duty to serve most likely in Vietnam. He received a deferment due to his Bermuda Triangle notoriety and in four years graduated with a BS degree from the University of New Haven, serving as the President of the University Student Body. With his MBA on hold, he enlisted in the US Army, assigned to Vietnam. At the eleventh hour, he was re-assigned duty at the DMZ in South Korea.

Honorably discharged, he returned to Cheshire and with his smiling dog Snoopy, re-visited Sandra his future his wife and Whitney his beloved daughter, along with his first Golden Retriever, Daphne. Phil secured a job with Xerox Corporation and obtained an MBA from The Barney School, University of Hartford.

Phil was a wonderful story teller, delighting all with a myriad of his experiences. He and Sandra traveled the world visiting and making friends not only in European countries, but also Turkey, Egypt, China, Russia, the Caribbean and Africa, where Sandra insisting on walking with lions, daring him to join her. He showed up last minute insisting he was there to protect her. When he decided on swimming with the Great White Sharks, she opted out.

Phil loved his six Golden Retrievers, playing and walking them. His first love was always the sea and he enjoyed his Tartan sail boat, the Clever Madam, regardless of his near-death experience in the Bermuda Triangle. Sailing brought a smile that crinkled his brow. Fishing and skeet shooting at the Hamden Fish and Game Club was a shared passion with his Grandson and best friend, Walker. Both enjoyed a special fishing trip while in Sanibel where Phil owned property.

Phil was a best friend to all and all who were honored to know him, loved him. The world has lost a great patriot, husband, father, grandfather, uncle and friend who will never be replaced. We who remain salute him and know his memory will live on.
The family would like to thank the Cheshire Police, Cheshire Fire and Rescue Department, as well as the EMTs who assisted in helping him. They also thank the wonderful doctors and staff at the West Haven VA who were working on a solution for his medical issues. Most importantly, the nurses and doctors at Yale New Haven Hospital Emergency Room who made every effort to make him and the family comfortable during a very trying time.

As a special tribute, the family requests that attendees wear a bit of red, Phil’s favorite color.

Family and friends are invited to pay their respects on Sunday, June 12, 2022 from 1 p.m. to 4 p.m. at the Alderson-Ford Funeral Home, 615 South Main St., Cheshire, CT. A Funeral Service will be held on Monday, June 13, 2022 at 11 a.m. at the First Congregational Church, 111 Church Dr., Cheshire, CT. (Please meet directly at church.) Burial with Military Honors will follow at Cheshire Hillside Cemetery, 166 Wallingford Rd., Cheshire, CT. Contributions in Philip’s name may be made to: United Service Organizations at www.uso.org, Wounded Warrior Project at www.woundedwarriorproject.org or Tunnel to Towers Foundation at www.t2t.org.

To order memorial trees or send flowers to the family in memory of Philip Michael Karakoosh, please visit our flower store.