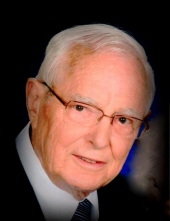 Cheshire – Philip Kenneth Bradford, 91, passed away peacefully at home on Tuesday, November 12, 2019, surrounded by his loving family. He was the loving husband of Lilja (Mustonen) Bradford.

Philip Kenneth Bradford was born September 8, 1928, in Greenwood, ME, the sixth son of the late Everett and Fannie (Hersey) Bradford. He graduated from Bridgton Academy and served in the Army during the Korean War. After his discharge, he attended Wentworth Institute in Boston. He lived close to nature with his love of hiking, bird watching and gardening. Retiring after 30 years of service with American Telephone & Telegraph (AT&T) and the Telstar projects in Andover, ME and in Cheshire. Philip was a longtime member of the First Congregational Church of Cheshire. His faith in God was extremely important to him. He served in various capacities including finances and as a deacon. He was a member of the Mayflower Society and is the 11th generation decedent of William Bradford.

In addition to the love of his life for 65 years, Philip is survived by his sons and daughter, Rodney of Toms River NJ, Deborah Youd (Stephen) of Bourne, MA, Dana (Mary) of Peterborough, NH, and David (Cathleen) of Farmington; his grandchildren, Analise, Philip, Stephanie, Melissa, Christina, Holly, Robert, Anna, Beatrix, Eva, Flora, and his eight great-grandchildren that were his enjoyment in his retirement, as well as many nieces, nephews and cousins. In addition to his parents, he was predeceased by his brothers Wesley, Albert, Elon, Lester and Robert, his sisters, Laurestine Drury and Helen Fitzgerald, and his daughter-in-law, Fransie Bradford. He is survived by his sister, Carolyn Williams.

Arrangements: A memorial service will be held on Tuesday November 19, 2019 at 2 p.m. at the First Congregational Church of Cheshire, 111 Church Dr. Burial will be held at the convenience of the family in Cheshire Hillside Cemetery. There are no calling hours and the Alderson Funeral Home of Cheshire, 615 S. Main St. is assisting with arrangements. Memorial contributions may be made to the Kidney Foundation of CT, 3000 Whitney Ave. #121, Hamden, CT 06518.
To order memorial trees or send flowers to the family in memory of Philip K. Bradford, please visit our flower store.