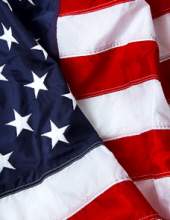 Peter L Carlos, age 80, passed away unexpectedly on December 28, 2019 at his home in Telford, PA. He was born on April 26, 1939 in Plattsburgh, NY the son of Louis and Helen Carlos. He was raised in Watertown, NY and graduated from Watertown High School in 1957. He attended Syracuse University prior to enlisting in the US Navy. He served 4 years Active Duty in San Diego and two years Reserve Duty before being honorably discharged on May 19, 1965. He had hoped to make a career of his military service, however, he returned to Watertown to help run family businesses. First being Louie’s Variety Store with his father, Louis, and later Westcott Variety Store in Sackets Harbor with his Uncle, Jerry Carlos. He later opened Roadrunners’ Auto Sales in Watertown. After that he became licensed to haul steel. He then left the Watertown area and worked for the steel mills in Pennsylvania for several years. He retired in later years due to health issues.

He is survived by 3 sisters and a brother-in-law: Ann (Carlos) McGowan, Naugatuck, Maria (Carlos) Kent, Watertown, NY, Shawn and JoAnn (Carlos) Baker, Watertown, NY, and several nieces and nephews. He will always be remembered by his family for his generosity and his sense of humor.

As per his request there were no calling hours. There will be a spring burial with Military Honors in Naugatuck.
To order memorial trees or send flowers to the family in memory of Peter L. Carlos, please visit our flower store.