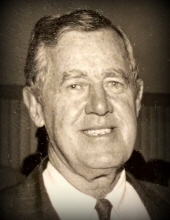 Mr. Orcutt was born April 30, 1928 in Oneida, NY the son of the late Leon C. and Irene (Roberts) Orcutt. He was a graduate of Eastwood High School in Eastwood, NY; attended St. John’s Academy in Syracuse, NY. He graduated from the University of Virginia, School of Economics and Finance with a Bachelor’s Degree with high honors. He was a U.S Army Korean War Veteran serving in Germany as a Master Sergeant, 43rd Infantry Division 1st Battalion 3rd Ranger Company. Sergeant Orcutt received a personal award from Major General Gaily for commanding the top infantry campaign in the A3 Division, 69 regiment. He was a life member and President of the Ancient Order of Hibernians in Syracuse, NY and Knights of St. Patrick’s Lifetime Member and Past President in New Haven. He was a Senior Instructor for the American Institution of Banking at the University of New Haven where he taught 14-week courses on Economics, and Finance for 8 years and was named as Instructor of the year in 1986, and 1988.

Mr. Orcutt was the Hamden Republican Town Chairman from 1987 to 1990 when in 1990; Mr. Orcutt, after retiring from banking, was the Republican candidate for Probate Judge in Hamden. In 1991 he was a Republican Consultant working on the Connecticut State Budget of Finance for a number of years. He was a 20-year member of the New Haven Country Club, where he served on the house committee for six years as well as the Quinnipiac Club. He was a communicant of St. Brendan’s Church where he was a Parish Council member; taught C.C.D for three years he also belonged to the Knights of Columbus, where he was a fourth-degree member. In their free time Mr. Orcutt’s family enjoyed spending there summers at their beach home in Madison. Paul enjoyed meeting and talking to people from all walks of life. He was a gentle and patient man and enjoyed life, family and friends.

He especially cherished the time he spent with his four children and four grandchildren. Paul was very close to his twelve brothers and sisters and spent many great times with them. He was a very avid reader spending five to six hours a day reading, and a true fan of listening to classical music while he was at his home.

Mr. Orcutt is survived by son Christopher P. Orcutt of Cheshire; his daughter Mary Lee and her husband Jeffry Novia and their sons Richard and Ryan; son Jonathan D. Orcutt and daughter Makayla and his fiancé Ann Bosswell of Norwalk; son Matthew P. Orcutt and his daughter Adriana of Branford; brother Richard K. Orcutt and wife Sally of Chapel Hill, NC. Mr. Orcutt was one of thirteen children.

Arrangements- Funeral services for Mr. Orcutt will be held at 12:00 P.M., on Friday, January 21, 2022, at the Alderson Funeral Home of Cheshire, 615 South Main St, 06410. Burial, with military honors, will follow at St. Bridget Cemetery. Visitation will be held from 10:00 A.M. until the time of the service. In lieu of flowers, memorial contributions, in his name, may be made to Sacred Heart Academy, 265 Benham St, Hamden, CT 06514.
To order memorial trees or send flowers to the family in memory of Paul V. Orcutt, please visit our flower store.