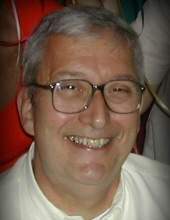 CHESHIRE – Paul J. Michalowski, 74, passed away Monday, May 4, 2020, at Connecticut Hospice in Branford. He was the husband of Penny (Kopjanski) Michalowski.

Paul was born July 15, 1945, in Meriden, son of the late Caswell and Louise (Amman) Michalowski. Paul graduated from Maloney High School in 1963 and graduated with a bachelor’s degree in accounting from Quinnipiac University in 1969. While a student at Quinnipiac, Paul was a founding member of the Phi Sigma Kappa fraternity. Paul had a distinguished accounting career in the public and private sector for over 50 years. He was also a proud member of the Cheshire Energy Commission and felt honored to be able to give back to the town where he lived and raised his family. Paul was an avid sports fan and was proud to be a lifelong Los Angeles Dodgers fan. He enjoyed traveling, playing cards, and socializing with numerous friends and family members.

Arrangements – A memorial Mass and remembrance celebration will occur at a future date. The Alderson-Ford Funeral Home of Cheshire is assisting with arrangements. In lieu of flowers, memorial contributions may be made to a charity of one’s choice.
To order memorial trees or send flowers to the family in memory of Paul J. Michalowski, please visit our flower store.