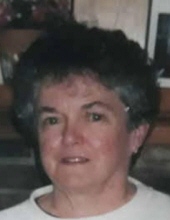 SOUTHBURY – Nancy (Connell) Ambrose, 83, formerly of Naugatuck, passed away peacefully, Thursday, April 30, 2020, at the Glendale Center. She was the wife of the late John “Jack” Ambrose, who passed away in 2011.

Mrs. Ambrose was born on January 17, 1937, in Torrington, the daughter of the late Francis and Lena (Fabio) Conell. She was raised in Torrington and had been a Naugatuck resident for over 50 before moving to Southbury in 2015. She was a Registered Nurse, working in various capacities, in the medical profession.

Mrs. Ambrose is survived by her son Kevin Ambrose; son in law David Doyle of North Haven; her grandchildren Katie, Amanda, Kerry, and Steven and her great-grandchildren Brayden, Mason and Maverick. In addition to her parents, she is predeceased by her daughter Donna (Ambrose) Doyle.

Arrangements – Funeral services and visitation will be held at a later date. The Alderson-Ford Funeral Home of Naugatuck is assisting with arrangements. Memorial contributions may be made to the Alzheimer’s Association, 200 Executive Blvd., Southington, CT 06489-1058.
To order memorial trees or send flowers to the family in memory of Nancy Ambrose, please visit our flower store.