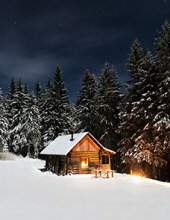 NAUGATUCK – Michael “Mick” Zubanch, 89, passed away Wednesday, January 1, 2020 at the Glendale Center. He was the son of the late Charles and Anna (Sargent) Zubanch.
Mr. Zubanch was born October 26, 1930, in Waterbury and was a lifelong Naugatuck resident. After many years, he retired from the Teamsters Labor Union Local 455 in the mid-1990s. He was a humble man who was known for his love of nature and the outdoors.
Mr. Zubanch is survived by his nieces Rosalie Grieder and Nancy Northway; his nephews Steven Zajac, Doug, David and Leslie Northway. In addition to his parents, he is predeceased by his brothers Charles and Daniel Zubanch; his sisters Anna Zajac and Dorothy Norway.
Arrangements – Visitation will be held on Saturday, January 4, 2019 from 11 am to 1 pm at the Alderson-Ford Funeral Home of Naugatuck, 201 Meadow St., with a service at 1pm. Burial will be held at a later date in Grove Cemetery. Memorial contributions may be made to American Diabetes Assoc., 260 Cochituate Road, Suite 200, Framingham, MA 01701 or to the American Heart, P.O. Box 417005, Boston, MA 02241.
To order memorial trees or send flowers to the family in memory of Michael "Mick" Zubanch, please visit our flower store.