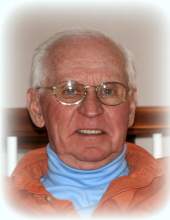 Mr. Blanks was born September 18, 1929, in Detroit, MI, the son of the late Henry Q. and Amanda (Jacobson) Blanks. He was raised in the New Haven area and proudly served his country in the U.S. Army. He was a longtime resident of Cheshire moving to town in 1957.

Arrangements – Funeral service and burial with military honors in Centerville Cemetery, Hamden, will be held at the convenience of the family. The Alderson-Ford Funeral Home of Cheshire is assisting with arrangements. Memorial contribution may be made to Salvation Army, 450 George St, New Haven, CT 06511.
To order memorial trees or send flowers to the family in memory of Matthew E. Blanks Sr., please visit our flower store.