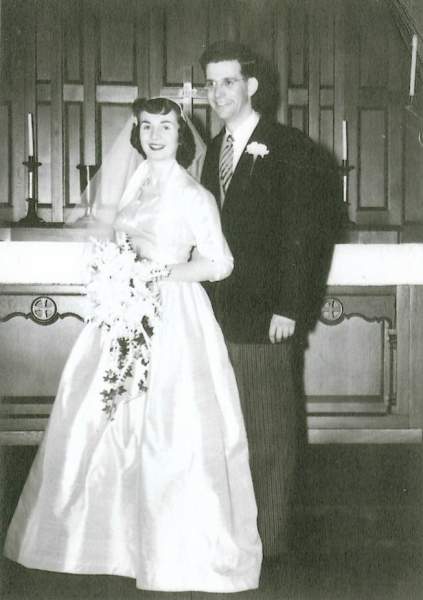 Marilyn L. Gere, age 91, of Cheshire entered into rest on Wednesday, October 13, 2021 at the Regency House Nursing and Rehabilitation Center in Wallingford. She was the devoted wife of William S. “Bill” Gere, Jr. for over 67 years. Marilyn was born in Gary, Indiana on December 30, 1929, daughter of the late Marvin T. and June (Strait) Leeper.

Marilyn was raised in Indiana and earned her bachelor’s degree in education from Western Michigan University. She taught in elementary schools in Michigan and Indiana. It was there in Gary, Indiana that she met Bill, and their romance blossomed. They were married in 1954 and relocated several times, arriving in Cheshire in 1960, where they have been residents for over 60 years. Marilyn was a devout parishioner of the Cheshire Congregational Church, where she was an active member and Sunday school teacher. She worked for many years as an organist and choir director for a number of churches including Bethany Congregational Church, Mt. Carmel Congregational Church in Hamden and Trinity UMC of South Meriden. Music was her passion; she was an accomplished pianist and organist and also played cello with the Hamden symphony. Marilyn earned a Master’s degree in Gerontology from the University of New Haven, after which she worked for several local nursing homes as a Therapeutic Recreation Director. She was an avid reader, and a long-time fan of UCONN Huskies basketball, but most of all she treasured her family.

She is the beloved mother of Jane E. Gere (James Zorn) of San Francisco, CA, Carol J. Gere of Cheshire and Merrily A. (Timothy Delgado) Gere of New Britain. Marilyn is also survived by her cherished grandson, Griffin E. Gere; her daughter-in-law, Kathleen Pavlik of Hamden; and her brothers, Robert M. (Olive) Leeper of Warrenton, VA, James H. (Marge) Leeper of Carrollton, TX and John Mark (Janet) Leeper of San Francisco, CA and a number of nieces and nephews. She was predeceased by her son, William S. Gere, III and her sister, Ann Leeper Dininger.

Marilyn’s family extends their sincere gratitude to the caring staff of Regency House and Constellation hospice care for the compassion they provided to Marilyn during her passage.

Friends are invited to greet Marilyn’s family at the Alderson-Ford Funeral Home of Cheshire, 615 So. Main Street, Cheshire, CT 06410 on Saturday, October 23, 2021 from 10AM until her Memorial Service begins at 10:30AM. Burial will be held privately at the convenience of her family. Memorial contributions may be made to the Cheshire Congregational Church Memorial Fund, 111 Church Dr., Cheshire CT 06410 or to CT Foodshare, 450 Woodland Ave., Bloomfield, CT 06002-1342. To leave online condolences for her family or to share a story of Marilyn, please visit www.fordfh.com
To order memorial trees or send flowers to the family in memory of Marilyn L. Gere, please visit our flower store.