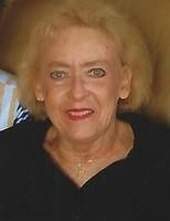 Marilyn Gail Radesk, 70, of Sarasota, Florida, passed away on Friday, March 5, 2021, lovingly surrounded by her sister and friends.

Marilyn was born on July 7, 1950, in Des Plaines, Illinois, the first daughter of the late Waldemar V. and Madelyn E. Radesk (nee Carlson), formerly of Naugatuck.

She attended Maine South High School in Park Ridge, where she was part of the Synchronized Swim Team. Upon graduation, she went to the University of Wisconsin at Stout and obtained her Degree in Nutrition/Dietetics in 1970. She worked at Lutheran General Hospital in the Pediatric ICU as Unit Secretary for 13 years.

When she relocated to Sarasota to live with her sister and next to her parents in 1985, she enrolled in the Medical Assistant Program at Sarasota Vo-Tech and became a Certified Medical Assistant. During the course she began a six-week externship with a Family Practice office in Sarasota and was hired as a full-time employee in 1987. She was awarded a Nursing program scholarship from the Medical Associates Society in 1992. She continued to work in a local family practice until her retirement in 2012. She was a valued team-member in every practice and loved by all her patients.

Marilyn will be laid to rest beside her mother and father, 11 A.M, Thursday, April 15, 2021 in the family plot at Grove Cemetery. Family and friends are asked to meet directly at the cemetery. The family has requested no flowers please. The Alderson-Ford Funeral Home of Naugatuck, 201 Meadow St, 06770, is assisting the family with the arrangements. Memorial contributions may be made to the American Diabetes Foundation, the American Cancer Society, Faith Lutheran Church, 7750 S. Beneva Road, Sarasota, FL 34238, or Sarasota County EMTS.
To order memorial trees or send flowers to the family in memory of Marilyn Gail Radesk, please visit our flower store.