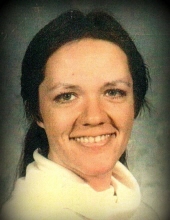 Margaret Levitt, beloved wife and companion of her husband Stephen Levitt for nearly 50 years, passed away recently after a short illness. She was 72 at the time of her passing.

Margaret was born in Stamford, CT., the daughter of Stanley Mudzinski and Jennie (Leudinski) Mudzinski (both deceased). She is survived by a brother, Dr. Stanley Mudzinski, Jr. and sister-in-law, Dr. Carol Wakeley, both of Loudonville, NY.

Margaret was educated at Sacred Heart Academy in Stamford, CT., and upon graduation, went briefly to Danbury State Teacher’s College and then to Boston University School of Education, where she received her degree in elementary education specializing in lower grades, kindergarten and pre-school enrichment programming. In the Boston area, she met her future husband and decided to combine her Bachelor of Arts degree with an MRS. degree, and begin a pilgrimage of professional and self-fulfillment around the country with him.

They quickly landed in Palm Beach County, FL., where her husband assumed the Directorship of Jewish Family & Children’s Services, a United Way agency. Margaret performed duties for the Title 5 Older American Act’s transportation service. In addition, her renowned baking and confections expertise kept the agency’s clinical staff meetings and Board meetings coming up with new insights for cases and directions for the agency. In the Palm Beaches, she began her love affair of watercolors, taking courses from many famous artists and illustrators from the New York area, who lived in the retirement villages of the county. Margaret worked for a private pre-school as a teacher and was assisting the school toward advanced accreditation when the next adventure to the West occurred.

Margaret continued her artwork, now exhibiting through the Sierra Nevada Art League, and the Sierra Nevada Watercolor Society in the Reno-Sparks area. She continued her classes at the college level, and exhibited her paintings and cakes at the Nevada State Fair, both winning prizes repeatedly. She continued her baking to keep the clinical teams of doctors, nurses, social workers, and psychiatric residents from the University of Nevada-Reno Medical School assigned to the treatment team her husband served with at the State Hospital well fed and alert during rounds, also volunteering at the hospital.

Later, when moving back to Connecticut, Margaret’s interests resumed with membership in the Cheshire Art League, where she exhibited, won prizes, and submitted artwork, even through illness. She enjoyed gardening immensely until she could no longer do so. She faithfully watched the televised Catholic Mass on Sunday mornings and found it to be a comfort. She deeply cared for animals, especially her beloved cats, and would like to thank the Animal Medical Center, Cheshire, for their help in their care. Words cannot describe a family’s loss of a loved one of such an enduring time. So, the final words, dear Margaret, will be from the book of Numbers…. “May the Lord bless you and keep you; May the Lord shine his face upon you and be gracious to you; May the Lord lift up his face toward you and give you peace.”

Funeral services for Mrs. Levitt are private. The Alderson-Ford Funeral Home of Cheshire is assisting with arrangements. Memorial contributions, in Margaret’s name, may be made to the Cheshire Art League, P.O. Box 522, Cheshire, CT 06410, or a charity of your choice.
To order memorial trees or send flowers to the family in memory of Margaret Levitt, please visit our flower store.