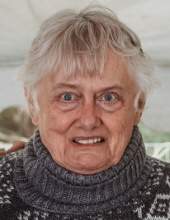 Cheshire – Margaret (Boardman) Bernhardt, 78, passed away Saturday, February 13, 2021, at Backus Hospital in Norwich. She was the wife of the late Carl H. Bernhardt.

Mrs. Bernhardt was born August 2, 1942, in Hartford, the daughter of the late Joseph and Esther (Rhoades) Boardman. She was a longtime resident of Cheshire. She was a member of the Cheshire Grange, where she served locally as Treasurer and Lecturer for the State Grange.

Arrangements- A graveside services will be held at the convenience of the family in Green Cemetery, Glastonbury. A Celebration of Life will be announced at a later date. Memorial contributions may be made to Cheshire Grange Community Service Fund, P.O. Box 4, Cheshire, Ct. 06410.
To order memorial trees or send flowers to the family in memory of Margaret (Boardman) Bernhardt, please visit our flower store.