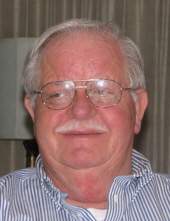 CHESHIRE – Manfred Storm, 81, of Cheshire, passed away peacefully on Thursday, March 18, 2021 at Midstate Medical Center surrounded by his loving family. He was a devoted and loving husband to Frances Storm, also of Cheshire, for just one month shy of 55 years.

Manny was born on February 18, 1940 in Kiel, Germany, son of Erna Storm. He emigrated from Germany to the United States with his mother and brother Bodo in 1951 when he was only 11 years old. Life in America was hard for a single mother with two sons, and so both Manny and Bodo grew up in the Home for Wayward Boys in New York in the Bronx supported and visited by his mother regularly. Manny learned drafting in college before joining the Army in 1960. He served honorably for 3 years, including an overseas tour in Germany, attended the NCO academy, and attained the rank of Sergeant before leaving the Army in 1963.

After his service in the military, he worked for several companies as a draftsman and a technical designer, including the NY railroad, Union Carbide, and XLO where he still holds several patents for his designs. He later became the Vice President of Hagus, USA in Clinton, CT where he ran the American division of a multinational company for 17 years before starting his own company, Proline Products, in Wallingford over 20 years ago. He was also a member of the Hamden Gun Club for 7 years.

He will be remembered by all who met him as a kind, intelligent, funny, and personable man. He was an avid outdoorsman who loved to shoot, fish, garden, cook, and enjoyed camping with friends and family. And despite being raised without a father, or even any real father figure, he still became the best father that any sons could have ever hoped for.

In addition to his wife, he is survived by his two sons, Greg and his wife Danielle Storm and their 3 children of Southington, Thomas and his wife Laura Storm and their 2 children of Wallingford, and his brother Bodo and his wife Joan Storm of Saratoga Springs.
The family would like to express their sincere thanks to the staff of Midstate Medical Center for the support and exceptional care that they gave to Manny.

Arrangements – There will be a church service this Saturday April 10, 2021 at 12:00 pm at St. Bridget’s Church in Cheshire. The Alderson-Ford Funeral Home of Cheshire has been entrusted with his care. To leave online condolences for his family or to share a story of Manny, please visit www.fordfh.com
To order memorial trees or send flowers to the family in memory of Manfred Storm, please visit our flower store.