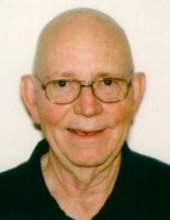 WALLINGFORD- Louis Jentzen, 84, passed away on Tuesday, November 26, 2019 at Masonicare Health Center. He was the loving husband of Mary (Golden) Jentzen.

Mr. Jentzen was born July 17, 1935 in New Haven, son of the late Ludwig and Mathilde (Fuhrel) Jentzen. He was a graduate of Rensselaer Polytechnic Institute, where he received a degree in Electrical Engineering, and the University of St. Joseph, where he received a Master’s Degree in Education. Louis was an Electrical Engineer for Southern New England Telephone (S.N.E.T) for 32 years and then a Special Educator Teacher for the Town of Cheshire prior to his retirement.

Louis was an avid golfer, belonging to the The Farms Country Club for over 30 years, where he also served as President.

Besides his wife of 61 years, Mr. Jentzen is survived by his two sons, Louis J. Jr. and his wife Lori Jentzen of Glastonbury, and Peter F. and his wife Janice Jentzen of Cheshire; a brother Carl A. Jentzen of Jacksonville, FL, and five grandchildren Catherine, Elizabeth, Caroline, Michael, and Matthew.

Arrangements - A Mass of Christian Burial will be held on Saturday, November 30, 2019, at 10:00 A.M, at St. Bridget of Sweden Parish/St. Bridget Church, 175 Main St, Cheshire, 06410. Family and friends are asked to meet directly at church. Burial will follow in St. Bridget Cemetery. There are no calling hours and The Alderson-Ford Funeral Home of Cheshire, 615 South Main St, 06410 is assisting the family with arrangements. To view these arrangements online, share a photo or condolence, please visit www.fordfh.com.
To order memorial trees or send flowers to the family in memory of Louis J. Jentzen, please visit our flower store.