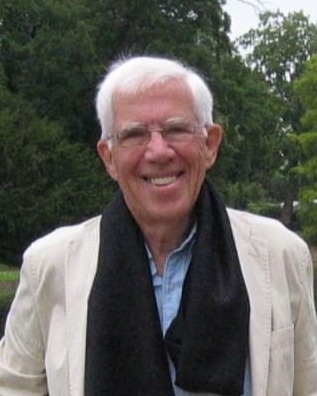 Lewis Martin Lagervall, 87, passed away peacefully at Montowese Rehabilitation Center on Friday, September 23, 2022 after a long battle with Myelodysplastic Syndrome.

He is predeceased by his Father, Lewis Martin Lagervall, Sr., who was killed in action in World War II; his Mother, Zola Flaten; and his Stepfather, Marion Flaten. He is survived by his wife of 61 years, Joan; his children, Gabrielle Evans (Peter), Andrew (Nina) Lagervall and Matthew (Tracy) Lagervall; and grandchildren, Charles Evans, James and Erin Lagervall (Andrew) and John, Daniel and Lewis Lagervall (Matthew).

Lewis was born in Portland, Oregon and met his wife Joan when he was working as a lift operator at Timberline, Mt. Hood, Oregon and Joan was a ski instructor. They lived in San Francisco, CA and then moved to Cheshire, CT where they raised their family.

Before becoming a CPA and working for Deloitte until his retirement, he served in active duty in the United States Army. He honorably served from 1956-1958 and left with the rank of Specialist 3rd class.

Upon retirement, Lewis was involved in many volunteer activities. He was a past President of The New Haven Lawn Club, where he was a member for over 40 years. He was involved in the rebirth of the Shubert in New Haven and was a board member of Fellowship Place and treasurer of The Hamden Fish and Game Club.

He and his wife, lifelong tennis players and fans, spent the month of June in Paris every year where they would attend the French Open. They also enjoyed annual trips to Hong Kong for many years.

A private family service will be held.