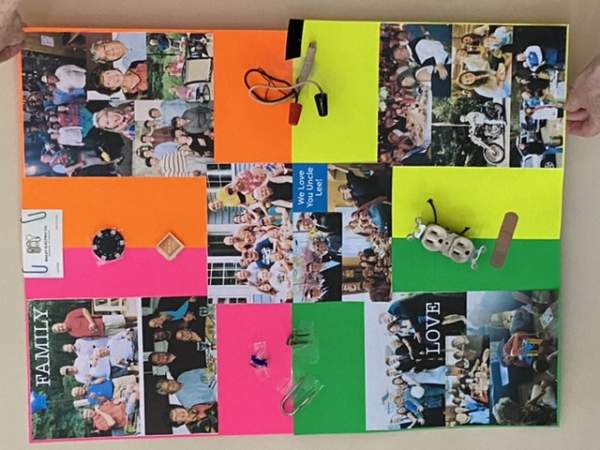 Cheshire - Lee Bailey Sr., 75 passed away on Monday, April 20, 2020, at home after a 4 month battle with Mesothelioma, a form of Lung Cancer. He was surrounded by his loving wife of 52 years, Jo-Anne Malone Bailey, and his two devoted sons, Lee Bailey Jr. and Eric Bailey, both of Cheshire.

Lee was born Feb. 9, 1945, in New Haven, son of the late W. Lee and Paula (Gomez) Bailey. He was raised in West Haven amidst his loving aunts, uncles, and cousins. He was a retired Electrician with over 43 years of experience, and a proud member of IBEW Local 90, where he once served on the Executive Board. After retiring from construction work, Lee worked for Blue Cross in North Haven, and later as a van driver for special education students for the Cheshire Board of Education.

He was a longtime Cheshire resident, where he was a member of the original St. Thomas Becket Parish, a member of Cheshire Park and Recreation Board, Football Booster Club, and volunteer coach for Youth Soccer, Basketball and Baseball, and Junior Football equipment helper. He was a supporter of Cheshire sports.

His passion was videotaping his son’s high school and college football and lacrosse games. Then after a lull in his life where he took Caribbean vacations soaking up the sun, his granddaughters started playing Field Hockey and Lacrosse at CHS. Son Eric supplied him with the newer camera to tape his North Haven boy’s lacrosse games where he coached, and "POP" used it to tape his girl's games too. He was back in his groove, giving senior girls a tape of their best game at the end of each season.

In addition to his wife and sons, Lee will be missed by his beloved granddaughters Raegan and Julia Bailey, his loving daughter-in-laws Megan Bailey and Jennifer Jackson, his sister Debra Finn of Hamden and his step-granddaughters Brooke and Kiley Jackson of Cheshire.

Arrangements – Funeral services and burial will be held at the convenience of the family and there are no calling hours. The Alderson-Ford Funeral home of Cheshire is assisting with arrangements. In lieu of flowers please consider donating to the “Lee Bailey Sr. Memorial”. The non-profit foundation is set up and designed to support the Cheshire boys & girls lacrosse programs and financially sponsor a student to film both girl’s and boy’s lacrosse games in his memory. Please make checks out to Lee Bailey Sr. Memorial, 26 Nob Hill Rd., Cheshire, CT 06410, or VENMO Lee Bailey Sr. Memorial. Thank you for your support.
To order memorial trees or send flowers to the family in memory of Lee Bailey Sr., please visit our flower store.