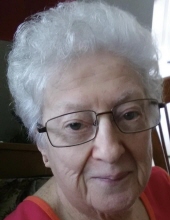 Mrs. Wagner was born April 7, 1945, in Meriden, the daughter of the late Harold and Catherine (Burgess) Wood. She was a longtime Naugatuck resident, where she was a communicant of St. Mary’s Church as well as St. Francis of Assisi Church.

Mrs. Wagner is survived by her sons Patrick Wagner (Kim) of Naugatuck, Christopher Wagner (Rebecca) of Kansas and Mason Wagner of Watertown; her grandchildren Patrick Wagner Jr, (April), Desiree Wagner (Matt), Gage Wagner and Wesson Wagner; her great-grandchildren Colton William Wagner and Lilliana Rose Wagner and many nieces and nephews. In addition to her parents and her husband, Mrs. Wagner is predeceased by her brother Tom Wood and her sisters Diane Cruz and Ethel Skiffington.

Arrangements – A private graveside service will be held at the convenience of the family in Grove Cemetery. There are no calling hours and a Memorial Mass will be held at a future date. Memorial contributions may be made to the Padre Pio Foundation of America, 465 Main St., Cromwell, CT 06416. The Alderson-Ford Funeral Home of Naugatuck is assisting with arrangements.
To order memorial trees or send flowers to the family in memory of Judith Wagner, please visit our flower store.