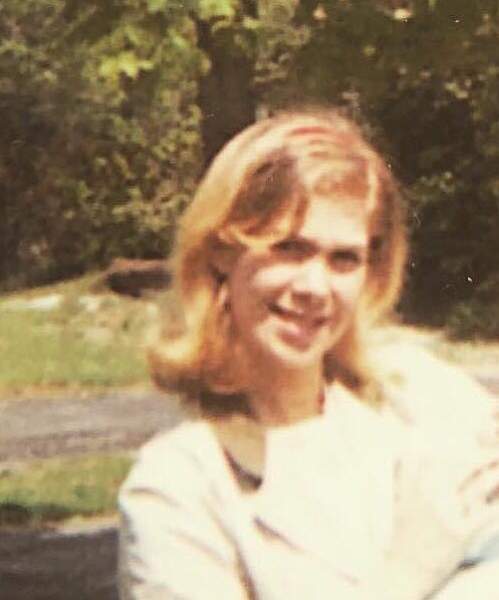 Grief is the price we pay for a lifetime of love and happiness.

Oxford -Judith (Judy) (Schnaars) DiDomizio, age 79, passed away on Monday, May 10, 2021, after a brave and faith-filled battle with cancer, at Vitas Hospice at St. Mary’s Hospital. She was the wife of Patrick (Pat) DiDomizio. Judy was born on December 4th, 1941 in Leonia, NJ, the daughter of Frederick and Roberta (Sheehan) Schnaars. After the Schnaars family moved to Waterbury, Connecticut, Judy graduated from Crosby High School in 1959. She received a BA from the University of Connecticut, continued her studies at New York University, and received a Masters degree from Southern CT State University.

Judy was an educator in Waterbury and later in Cheshire where she and Pat raised their two children, Jennifer and David. In 1991 Judy was humbled to be named Cheshire's Teacher of the Year. Judy treasured all her students but had great affection for a group of non-hearing students she tutored in Waterbury. A special time for Judy, after her retirement, was as an instructor for Literacy Volunteers of Greater Waterbury where she met students, among others, Joselyn and Esther. A lasting friendship was formed as Judy not only tutored Joselyn and Esther but assisted them in life decisions. After retirement, Judy and Pat moved to Oxford Greens. Judy enjoyed taking up golf, morning walks with friends through the Village, lively games of cards and mah johng, Monday night cocktails, holiday gatherings, and picnics with neighbors. One of Judy's favorite times was meeting her Cheshire book club and discussing novels with long-time friends.

Judy and Pat traveled extensively in the U.S. and abroad with friends. Her favorite traveling adventures were in the company of her children and grandchild. Special times were spent in Vermont with Judy and Pat's church golfing partners, trips to New Hampshire with Oxford neighbors, and at the Jersey shore and Maine with dear Cheshire friends. Judy was a very active long-time member of Cheshire Lutheran Church, serving on the church Council as Education deacon, Sunday School teacher and superintendent, Vacation Bible School coordinator, altar assistant, and member of the Memorial Garden and Columbarium Committee. Judy was a lifelong cheerleader beginning at Crosby High School, through her children’s sports careers, and in the communities of Waterbury, Cheshire, Oxford and Cheshire Lutheran Church where she was a friend to all, a mentor to every child, and an advocate to anyone in need. Her smile was truly golden.

Judy is survived by the loves of her life, her husband Pat of 55 years, her daughter Jennifer DiDomizio of Astoria NY, and her son David DiDomizio, daughter-in-law Fumiko (Inoue), and beloved grandson, Tomohiro (Tommy) of San Francisco CA. She is also survived by her brothers Frederick (Fred) and John Schnaars, sister-in-law Josephine Walsh and several nieces and nephews. Judy was predeceased by her parents, a sister Roberta Lovesky, and her sister-in-law, Dorena Schnaars, and brother-in-law John Walsh. The DiDomizio family would like to extend their heartfelt thanks to Mary Calvo of VITAS Innovative Hospice Care at St. Mary’s Hospital in Waterbury CT as well as the doctors and staff of the Smilow Cancer Center in North Haven and New Haven CT.