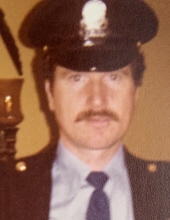 Mr. Savoy was born September 16, 1943 in Prospect, the son of the late Charles and Hazel (Germinaro) Savoy. He was a longtime Waterbury resident and served his country in the U.S Navy. He was a Police Officer for the City of Waterbury and was active with the Police Activity League. He was a member of the BPOE #265, Lodge of Elks and a member of the Waterbury Police and Fire Department Retirees, where he served as President. After his retirement from Waterbury in the late 1980s, he worked for the Town of Prospect Police Department. He was president of the Town Plot Neighborhood Association.

Besides his wife of over 50 years, Mr. Savoy is survived by his son Raymond and his wife Stephanie of Naugatuck; his brothers and sisters Ginny Wooster, Ernie LaFountain, Faye Araujo, and Freddie Savoy, his grandchildren Krystie, Kaleigh and Kelsey Savoy and Kayla Gunnoud, great grandson Benjamin Angelicola, as well as many nieces and nephews.

Arrangements – Funeral services will be held on Wednesday June 12, 2019 at the Alderson-Ford Funeral home of Naugatuck, 201 Meadow St. at 10 am. Burial will follow in Calvary Cemetery. Calling hours will be held on Tuesday from 5 to 8 pm at the funeral home. Memorial contributions may be made to the Police Activity League of Waterbury, Inc., 64 Division St. Waterbury, CT 06704.
To order memorial trees or send flowers to the family in memory of Joseph C. Savoy, please visit our flower store.